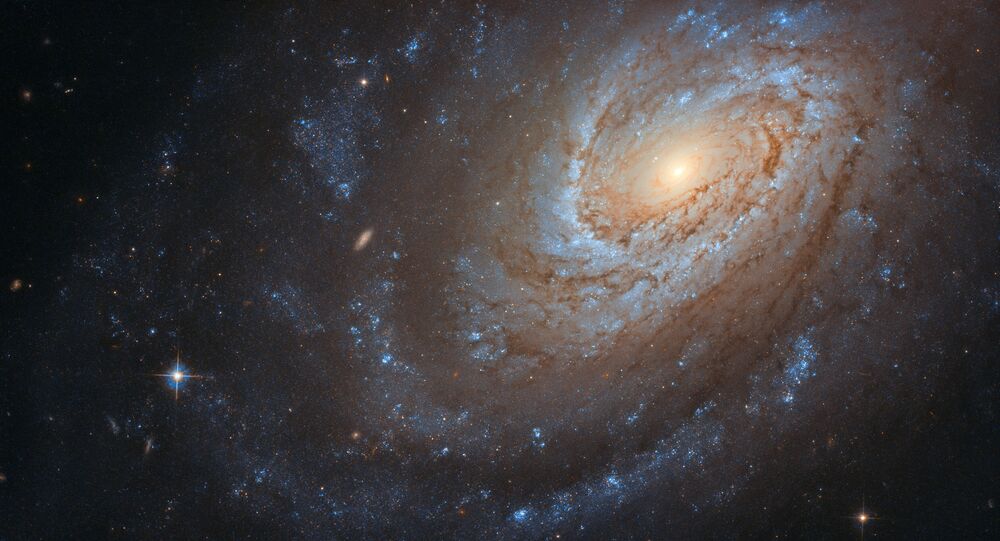 Three-dimensional maps of the universe have revealed the so-called South Pole Wall, a massive cosmic structure that stretches 1.4 billion light-years and contains thousands of galaxies.

An international team of scientists led by Daniel Pomarède of France’s Paris-Saclay University and R. Brent Tully of the US’ University of Hawaii reported the findings in The Astrophysics Journal on July 10. The newly discovered cosmic structure is akin to a curtain that stretches along the southern border of the universe.

In addition to containing thousands of galaxies, the South Pole Wall also contains huge amounts of gas and dust. According to the study’s abstract, the structure is the “largest contiguous feature in the local volume and comparable to the Sloan Great Wall at half the distance.” The Sloan Great Wall is also a giant wall of galaxies that was discovered by Princeton University on October 20, 2003.

Although multiple enormous cosmic structures have previously been found, including the Great Wall, the Sloan Great Wall, the Hercules-Corona Borealis Great Wall and the Bootes Void, the South Pole Wall is special because it’s so close: only half a billion light-years away.

In fact, it is located right behind the Milky Way galaxy in the Zone of Galactic Obscuration, an area in the southern part of the sky where the Milky Way’s bright light blocks other masses from sight.

“The surprise for us is that this structure is as big as the Sloan Great Wall and twice as close, and remained unnoticed, being hidden in an obscured sector of the southern sky,” Pomarède told the New York Times.

“The discovery is a wonderful poster child for the power of visualizations in research,” Tully added.

The researchers were able to find the structure by measuring redshift, which is the speed at which objects move away from Earth due to the universe’s expansion. This technique is based on the redshift phenomenon, which occurs when electromagnetic radiation from an object experiences an increase in wavelength. The further away from the observer an object is, the faster it appears to be receding, and the light it emits shifts to longer, lower-energy wavelengths, appearing red to the observer, hence the phenomenon’s name.

The researchers detected the South Pole Wall through both redshift observations and velocity measurements of other galaxies, which were used to see how galaxies gravitationally interact and detect any hidden masses. The scientists saw that some galaxies were moving away from Earth faster than expected, and others were moving more slowly. That revealed the presence of a mass of matter affecting the galaxies’ motion: the newly discovered wall.