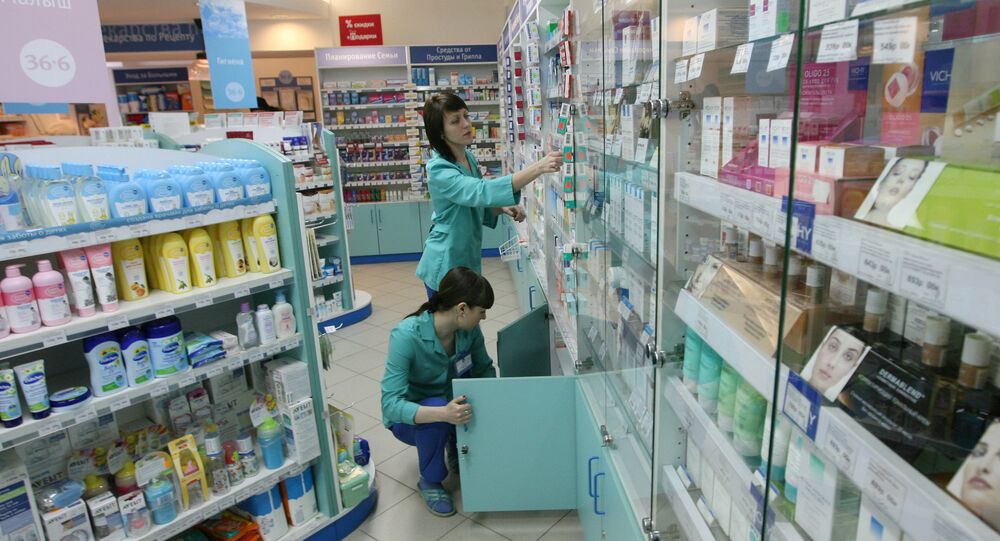 Gilead Plans to Charge Over $3,000 for COVID-19 Antiviral Remdesivir

Drugmaker Gilead Sciences announced on Monday its antiviral drug remdesivir, touted as a potential treatment for COVID-19, will set patients back by as much as $3,120 for a five-day treatment.

In a Monday statement, Gilead said it would charge different prices for the drug if it was paid for by public or private insurance, arguing that its prices are justified by the enormous savings an earlier recovery from COVID-19 will provide.

“In normal circumstances, we would price a medicine according to the value it provides. The first results from the NIAID [National Institute of Allergy and Infectious Diseases] study in hospitalized patients with COVID-19 showed that remdesivir shortened time to recovery by an average of four days. Taking the example of the United States, earlier hospital discharge would result in hospital savings of approximately $12,000 per patient,” Daniel O’Day, CEO of the California-based pharmaceutical company, said in a Monday open letter.

“We have decided to price remdesivir well below this value. To ensure broad and equitable access at a time of urgent global need, we have set a price for governments of developed countries of $390 per vial. Based on current treatment patterns, the vast majority of patients are expected to receive a 5-day treatment course using 6 vials of remdesivir, which equates to $2,340 per patient,” O’Day added.

However, he noted that “because of the way the US system is set up and the discounts that government healthcare programs expect, the price for US private insurance companies, will be $520 per vial,” which translates to a total cost of $3,120.

Last week, O’Day announced the company was also exploring a potentially inhalable version of the drug, which is normally administered through intravenous injection.

US Department of Health and Human Services (HHS) Secretary Alex Azar said in a Monday statement that US President Donald Trump has “struck an amazing deal to ensure Americans have access to the first authorized therapeutic for COVID-19.” The department has secured more than 500,000 treatment courses of the drug, which is 93% of Gilead’s projected output through September.

“To the extent possible, we want to ensure that any American patient who needs remdesivir can get it. The Trump Administration is doing everything in our power to learn more about life-saving therapeutics for COVID-19 and secure access to these options for the American people.”

Despite the price, O’Day promised during a Monday CNBC interview that “there will not be an issue for access with remdesivir.”

On May 1, the US Food and Drug Administration (FDA) gave Gilead emergency use authorization to prepare remdesivir, which the company initially developed in 2009 as a hepatitis C treatment, for distribution as a therapeutic treatment for the COVID-19 novel coronavirus. The drug is administered intravenously to treat severe cases of the respiratory illness.

However, the high price of the drug has been blasted by experts, who note Gilead developed the drug using public funding.

“Remdesivir should be in the public domain,” Peter Maybarduk, a lawyer for consumer group Public Citizen, told the Associated Press. He called the price “an outrage,” noting that at least $70 million in public money had been sunk into the drug’s development.

“The price puts to rest any notion that drug companies will ‘do the right thing’ because it is a pandemic,” Peter Bach, a health policy expert at New York’s Memorial Sloan Kettering Cancer Center, told the outlet. “The price might have been fine if the company had demonstrated that the treatment saved lives. It didn’t.”

This isn’t the first time Gilead has come under fire for its pricing practices, either. The company also holds a monopoly on manufacturing human immunodeficiency virus (HIV) antiviral drug Truvada, for which it charges in excess of $20,000 per year to halt the onset of acquired immune deficiency syndrome (AIDS). The HHS won a lawsuit against Gilead in February, arguing the Centers for Disease Control and Prevention (CDC) holds the patent for Truvada and a related pre-exposure prophylaxis (PrEP) drug, Descovy, since they were developed from publicly funded HIV research.

A similar lawsuit filed in December 2019 by HIV prevention group PrEP4All Collaboration alleges Gilead purposefully delayed development of Descovy for five years in order to maintain its monopoly on PreP drugs via the Truvada patent, even though Descovy was proven to be more effective at treatment HIV than Truvada.