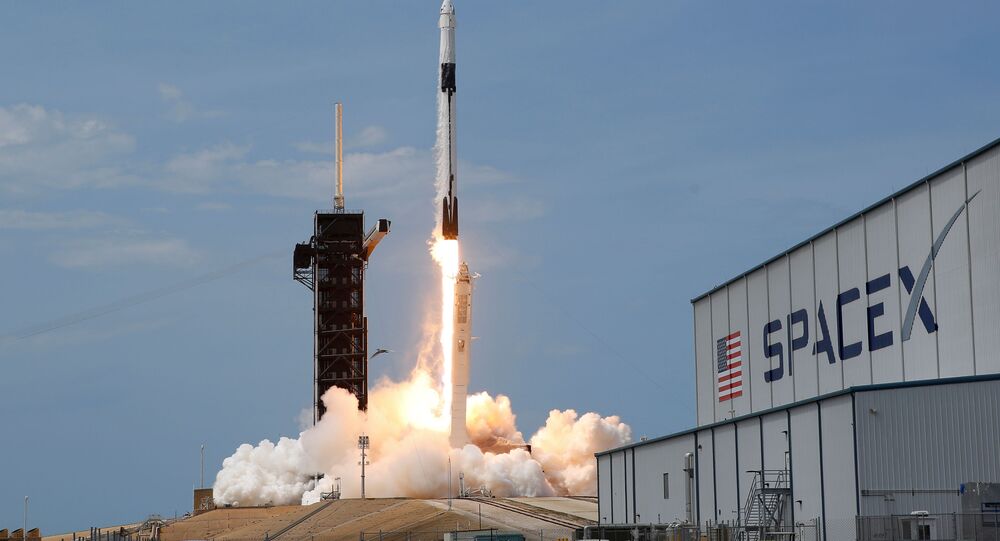 The day before, a Falcon 9 rocket, carrying the Crew Dragon 2 reusable spacecraft, both constructed by Elon Musks's SpaceX, lifted off for the International Space Station (ISS).

SpaceX's manned spacecraft, Crew Dragon, successfully docked on Sunday at the International Space Center (ISS), according to the broadcast on the website of NASA.

The Dragon capsule with two NASA astronauts, Doug Hurley and Bob Behnken, lifted off from the Florida space centre on Saturday.

​The original docking was expected to take place on 28 May but was called off less than 20 minutes before the craft's scheduled departure on Wednesday evening due to there being too much electricity in the atmosphere.

Yesterday's launch was the first crewed extraterrestrial mission from the United States in nine years, as NASA retired the shuttle fleet in 2011 and has relied on Russian spacecraft since then.