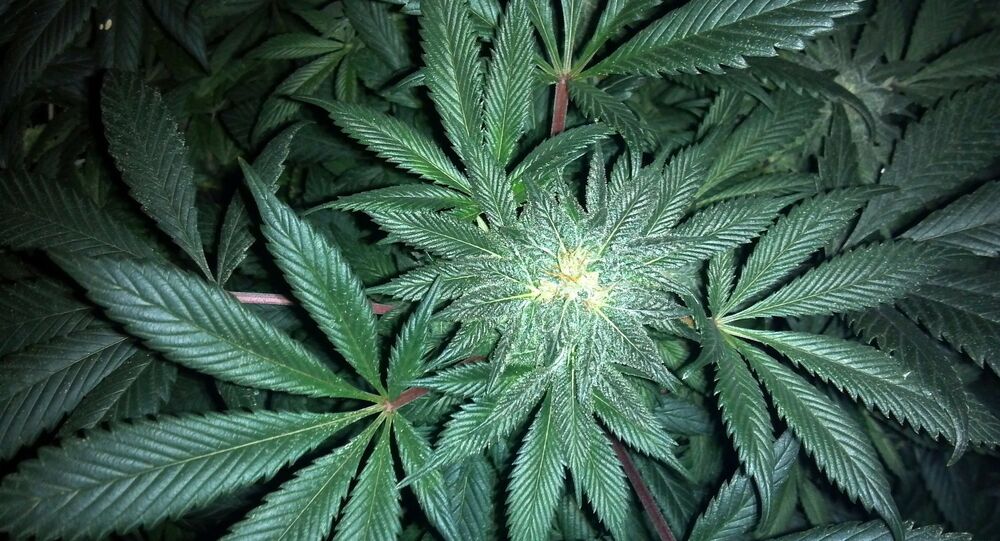 The researchers argued that the practice of burning pot might've been employed by the priests at Jerusalem as well.

Archaeologists have recently established that ancient Israelites apparently employed cannabis as part of their religious practices over two thousand years ago, Haaretz reports.

According to the newspaper, researchers have arrived at this conclusion after studying residue on one of the altars at the temple at Tel Arad located in Negev desert, ruling that the substance was "likely burned to deliberately get worshippers high on the drug’s psychoactive compounds".

The researchers also argued that since there's no evidence that cannabis – or frankincense, whose traces were also found in the temple – were grown in the Levant during those times, these substances were likely imported from afar and at a great cost.

"If they just wanted to make the temple smell nice, they could have burned some sage, which grows in the area of Jerusalem," said Eran Arie, curator for archaeology of the Iron Age and Persian Period at the Israel Museum in Jerusalem and one of the people responsible for the new discovery. "Importing cannabis and frankincense was a big investment that could not be made by some isolated group of nomads, it required backing from a powerful state entity."

Since Tel Arad was a Juhahite fortress until 6 century BC when the kingdom was overrun by Babylonians, and since the fortress was manned by Judahite soldiers, Dvory Namdar, archaeologist at the Volcani agricultural research center and co-author of the study, argued that the burning of cannabis was probably not a local custom and that it's possible that the priests at Jerusalem would also burn that substance on their altars.

"This may reflect the cultic activities in Jerusalem, in Judah and possibly in the broader region. If the shrine at Arad was built according to the plan of the Temple in Jerusalem, then why shouldn’t the religious practices be the same?" Namdar mused.