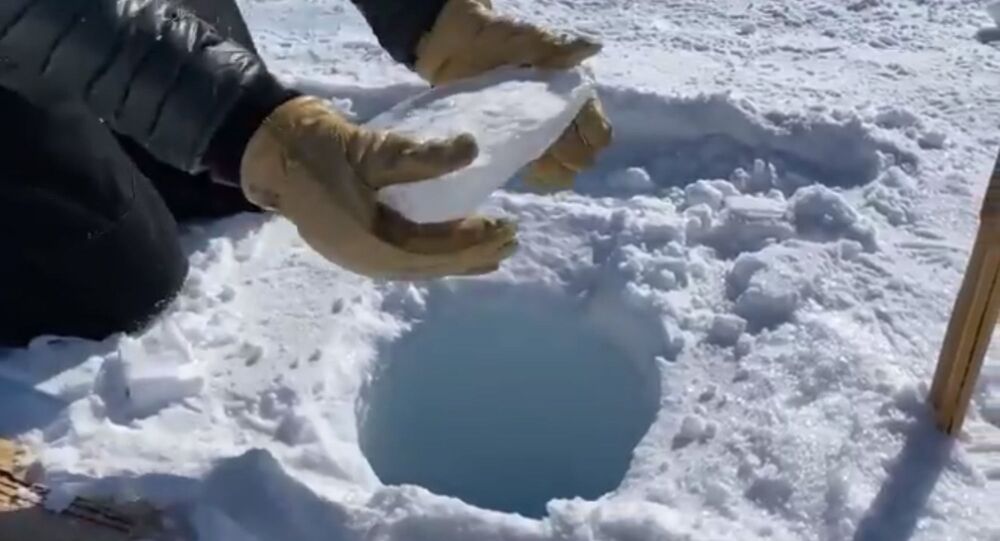 Particle physicists have been searching for clues to a one of a kind Antarctica event detected by advanced NASA equipment, however it appears a team of glaciologists may have stumbled upon the genuine origins of the physical phenomenon.

Two mysterious signals from icy Antarctica have baffled researchers for over three years, as a high-energy particle, registered by NASA's airborne detector Antarctic Impulsive Transient Antenna (ANITA), has seemed to burst two times out of the ice crust. Now, research into what has since been dubbed the "ANITA anomaly" has opened a new chapter in this field. In a new paper published on 24 April in the journal Annals of Glaciology, a joint team of physicists and glaciologists argued that the phenomenon likely isn't evidence of new physics.

The scientists have suggested that it instead could be a mere illusionary trick of the ice itself covering the vast Antarctic land.

The research team has come to the conclusion that some hidden structures in the white mass might have reflected radio waves in a whimsical fashion, ultimately fooling ANITA's radio receivers into registering the incoming signals as those from outer space.

"It's a really, really simple experiment in a sense", Ian Shoemaker, a physicist at Virginia Tech and lead author of the new paper, shared in a press release cited by Science Alert.

"All that they have basically is a big balloon, and attached to the bottom of it is a bunch of radio receivers. And all they're detecting from any event is a radio signal", he proceeded.

However, the unknown signals registered by the top-notch ANITA equipment didn't meet the characteristics of high-energy tau neutrinos — one of three neutrino types along with electron and muon neutrinos, which are among the world's most elusive particles that ANITA was actually designed to detect.

The authors of the new study made a straightforward argument after taking into account the very special features of ice covers: when radio waves passing through air bounce off of a dense object, like the top layer of ice, their waveforms flip in the way ANITA is used to. But there are other sorts of reflections that could trick ANITA's sensors.

In particular, the researchers noticed that snow-covered crevasses, regions of stressed crystal known as "ice fabric layers" as well as lakes of liquid water buried beneath the frozen surface might all reflect a cosmic ray's radio signal without mirroring it.

While subglacial lakes and snow-covered crevasses aren't reportedly common enough to be likely explanations for the ANITA phenomenon, the researchers found that ice fabrics, and another low-density ice feature known as "wind crusts", might explain the anomalies.

Two features particularly stand out as the most viable explanations, Shoemaker and his team suggested: one is firn, a yet understudied type of frozen water widely spread across Antarctica that can reflect radio waves without mirroring them. The other one is hoar, weak and crumbly layers of ice, which are behind a much feared event known as an avalanche. Both might explain an unusual reflection, the scientists concluded.