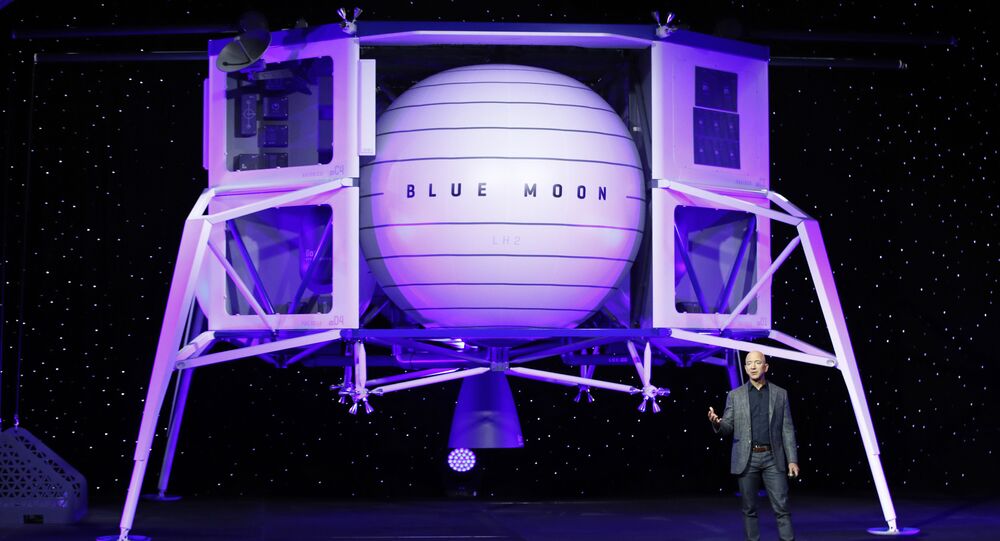 A fast-track approach has been applied to the earlier announced Lunar Gateway project Artemis, with the US seeking to complete its Trump-lauded landing to the Moon by 2024, four years ahead of schedule.

The lunar landers, for which the companies struck contracts worth $579 million, $135 million, and $253 million respectively, will carry the astronauts from lunar orbit to the Moon’s surface and back.

“These are three companies that we believe have a lot of capability that are going to enable us to get to the Moon", said NASA Administrator Jim Bridenstine at a press conference, as the aforementioned companies embarked on a tough competition to see who can ultimately deliver the best lander project.

Bridenstine told the press conference that he had received broad bipartisan support for the lunar effort, but Congress hasn't yet earmarked sums for NASA, which will have to go up by $3 billion in 2021 given the lunar lander projects. NASA's 2020 budget is $22.6 billion.

At least one other company, Boeing, is known to have submitted a proposal, but failed to be selected, with NASA not commenting on their decision about the airspace giant.

The selected companies have come up with varying proposals: while Blue Origin suggests building a three-stage lander that would leave its landing engines on the surface of the Moon to lighten the load when the time comes to return to Earth, SpaceX wants to build the new model based on its universal “Starship” spacecraft, which it says could also be used for Mars missions.

Dynetics ambitiously plans a cutting-edge lander that can be launched on any rocket, with Doug Loverro, associate administrator of NASA’s human exploration and operations mission directorate, referring to all three as “the best of the industry’s ideas".

“This is really the last piece of the puzzle to go ahead and get us back to the Moon. We’ve got all the other pieces in work already, and this is the last big piece. We are ready to move forward on this", Loverro explained.

The current NASA programme is known as Artemis, named after Apollo’s twin sister and the goddess of the moon in Greek mythology. Following America's successful Apollo missions in the 1960s and 1970s, this one aims to land the first woman and the next man on the Moon by 2024, four years ahead of the country's initial plans earlier approved by President Trump.

The original scheme stipulated the construction of a lunar space station called Gateway, which was projected to be built in cooperation with Russia, with talks scheduled earlier for spring 2020.

It was suggested that international astronauts would dock at Gateway first, before transferring to a lander and “taxiing” to the surface.

Washington's fast-track approach is planned to evolve into the sustainable lunar programme of 2028 that will also involve international partners such as the European Space Agency and the Japan Aerospace Exploration Agency.

Speaking about the new challenging lunar effort Jim Bridenstine earlier said promisingly: ”This time, when we go to the Moon we're going to stay".

The programme was launched around the time US President Donald Trump ordered the US Department of Defence to create the Space Force, a sixth branch of the US armed forces, in December 2018.

US Looks to Negotiate Lunar Mining Deals With Other Countries - Official

Getting Richer During Pandemic: Amazon's Bezos Earns $6.4 Bln in One Day After Firm's Shares Jump