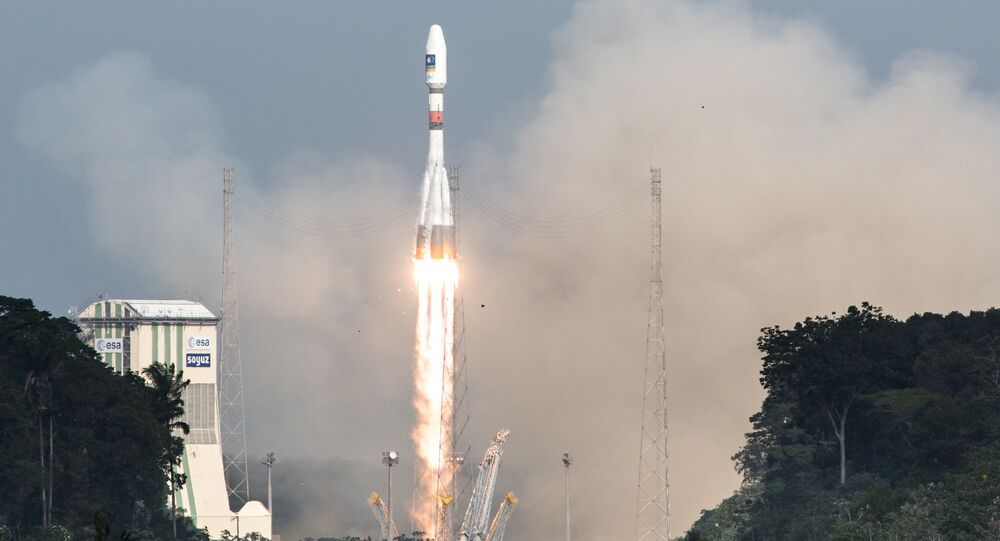 MOSCOW (Sputnik) - Launches from the Kourou Space Centre in French Guiana, which was closed due to the coronavirus pandemic, will resume in mid-June with the launch of the Vega rocket, France's Arianespace space transportation company said in a statement on Wednesday.

In mid-March, the company announced that launches from the Guiana Space Centre, including those of Russian Soyuz rockets, were suspended because of the pandemic.

"Following the measures presented by the French government on 28 April as part of the gradual resumption of activity planned from 11 May, and the announcement of a restart of operational activities at the Guiana Space Centre, Arianespace confirms its following launch objectives: Flight VV16/SSMS – The first "rideshare" Vega launch, carrying approximately 50 small satellites, in mid-June; Flight VA253 – A dual-payload Ariane 5 mission for two customers, Intelsat and B-SAT, at the end of July", the statement read.

The launch of a Soyuz with the UAE satellite Falcon Eye-2 was scheduled for 14 April from Kourou and the blastoff with the French CSO-2 satellite for the second half of May. Both launches were earlier delayed for a month due to a problem with the Fregat upper stage and later due to the pandemic.

A source in the rocket and space industry said earlier this month that the launch of the Falcon Eye-2 satellite was scheduled for 15 Septembeк, and CSO-2 for 15 October; the blastoff of two European Galileo navigation satellites was preliminarily scheduled for 15 December.

Since 2011, there have been 23 Soyuz launches from the Guiana Space Centre.