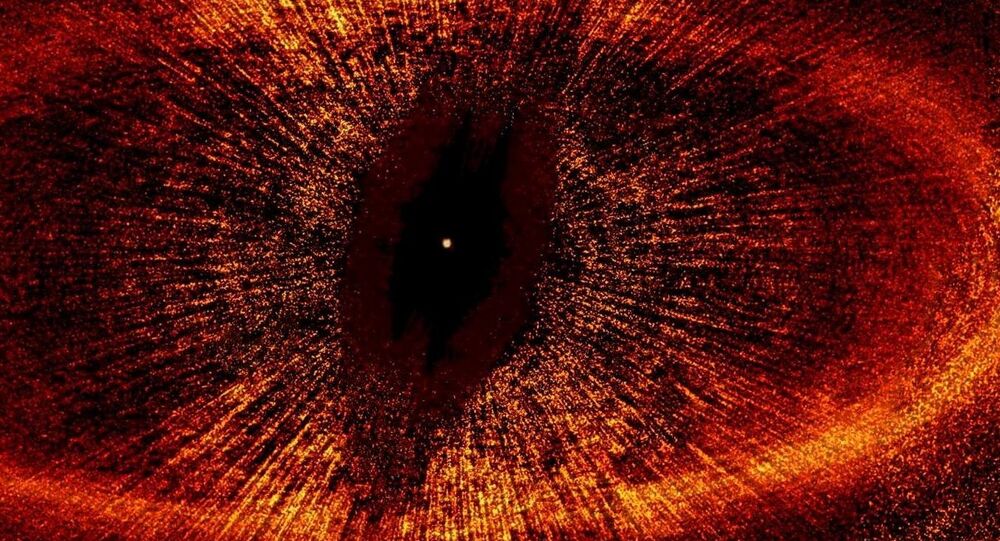 Astronomers and astrophysicists have been digging into the specifications and location of a mysteriously dimming exoplanet-like object named Fomalhaut ever since it was first spotted and deemed an extrasolar planet in 2004.

The distant world known as Fomalhaut b - the first exoplanet to have ever been tracked down by NASA's Hubble Space Telescope (in 2004 and 2006), has piqued curiosities, especially since it vanished off radars just a decade later, in 2014. Now, a new study published in the journal Proceedings of the National Academy of Sciences (PNAS) appears to give a clue as to why and where it’s gone.

Astroboffins assume that strictly speaking, Fomalhaut b was never a planet, and the object discovered in 2004 and 2006 could well be a gigantic cloud of icy debris - the result of a recent, violent collision between two planetary segments.

The scientists believe the assumed collision could have taken place shortly before the Hubble first caught sight of the alleged exoplanet, the moment when the evolving cloud dust particles were still densely concentrated and thus visible to the telescope lens.

As lead author of the study Andras Gaspar pointed out in a statement, such cosmic collisions are extraordinarily rare, and the fact that the moment was luckily captured by the telescope makes it a real phenomenon. The clash reportedly occurred in an icy ring of debris similar to our solar system's Kuiper Belt.

"These collisions are exceedingly rare and so this is a big deal that we actually get to see evidence of one", said Gaspar, an assistant astronomer at the University of Arizona's Steward Observatory. "We believe that we were at the right place at the right time to have witnessed such an unlikely event with NASA's Hubble Space Telescope".

With the help of computer models looking into the created dust cloud, the researchers managed to tentatively estimate the size of the colliding icy bodies - roughly 125 miles (200 kilometres) in diameter, with the findings matching Hubble observations, piles of which Gaspar and his colleagues had to thoroughly study. The archival snapshots and other documents dating back to the past two decades, reveal that the object was gradually getting dimmer and dimmer before it disappeared into thin air in 2014.

The icy dust theory is notably in line with some of the earlier observed peculiarities in the object’s behaviour. For example, the presumed exoplanet's brightness, which allowed Hubble scientists to see it distinctly in visible light, is highly unusual for distant extrasolar planets, which are often too small to reflect a vast amount of light from their home star. Surprisingly, Fomalhaut b showed no infrared light rays, meaning the temperatures on it are really too low for infrared radiation to be emitted, the researchers argued.

"Clearly, Fomalhaut b was doing things a bona fide planet should not be doing", Gaspar summed up their observations, both of which appear to be consistent with an earlier proposed theory that Fomalhaut b is in actual fact the debris of two icy asteroids that once collided and rose to a giant cloud detected from Earth.

The researchers came to believe that in this case, the debris cloud has since expanded drastically, exceeding Earth's orbit around the Sun in diameter.

Separately, it was found that Fomalhaut b is not elliptical, and not orbiting its host star, as it actually sits on a path that will eventually lead it away from its star, the scientists say.

"A recently created massive dust cloud, experiencing considerable radiative forces from the central star Fomalhaut, would be placed on such a trajectory", said Gaspar, adding that their model is able to explain "all independent observable parameters of the system: its expansion rate, its fading, and its trajectory".

According to George Rieke, co-author of the study and a professor of astronomy at the University of Arizona, the now presumed collision could well serve as a blueprint of how planets destroy each other:

"The Fomalhaut system is the ultimate test lab for all of our ideas about how exoplanets and star systems evolve", he remarked.