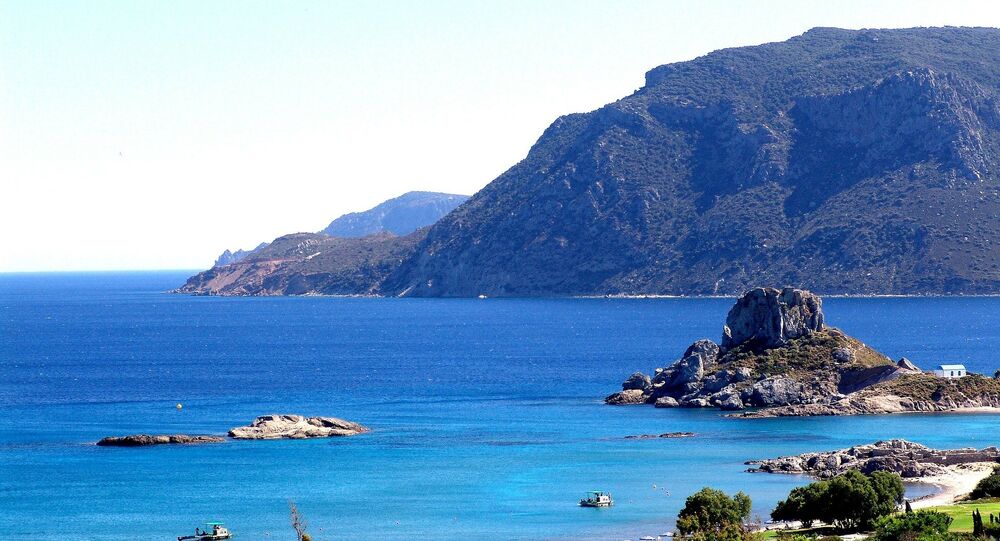 As the lead author of the new study explained, their work apparently involved the first-ever use of stable isotope chemistry to "establish the provenance of an inscription".

It appears that a certain ancient artefact that was previously linked to the Biblical myth of Jesus' resurrection may not be related to that narrative after all, Live Science reports.

The artefact in question – a marble slab bearing an inscription in Greek that starts with "Edict of Caesar" and goes on to warn that "tombs and graves shall stay forever unmolested" – was believed to be a Roman response to Jesus' body disappearing from his tomb due to the fact that Wilhelm Froehner, a German collector who procured the stone in Paris in 1878, mentioned in his notes that it was "sent from Nazareth", as well as because the inscription was apparently carved "sometime between the later first century BC and the first century CE"

However, as lead study author Kyle Harper explained, "'sent from Nazareth in 1878' is a clue that stirs the imagination but proves little".

"And, it turns out, the note is very likely wrong," Harper, a professor of classics and letters and Senior Vice President and Provost at The University of Oklahoma, told the media outlet in an email.

During the course of their study, the researchers collected a sample of marble powder from the slab and proceeded to try and find a “match to marble in a specific geographic location” via geochemical analysis.

"We believe that it is the first time stable isotope chemistry has ever been used to establish the provenance of an inscription, period. It has been used for big architectural elements, sarcophagi and statues, but not, so far as we are aware, an inscription", Harper said.

The team eventually found a close match in the marble on the Greek island of Kos, located pretty far away from Nazareth which appears to suggest that the inscription was not related to the key figure of Christianity after all.

Furthermore, the researchers point at a different historical event which occurred at Kos in the 30s BC when angry locals broke into a tomb of an unpopular official named Nikios and desecrated his body, so the inscription may in fact be related to that incident.

"We got lucky twice over," said Harper. "First, it was a very direct match with a rather unexpected marble quarry, so we could really pinpoint its origins on Kos. Second, it happened that we know of an episode of tomb violation that was very famous in the exact right period. I would have never hoped for such a remarkable alignment."