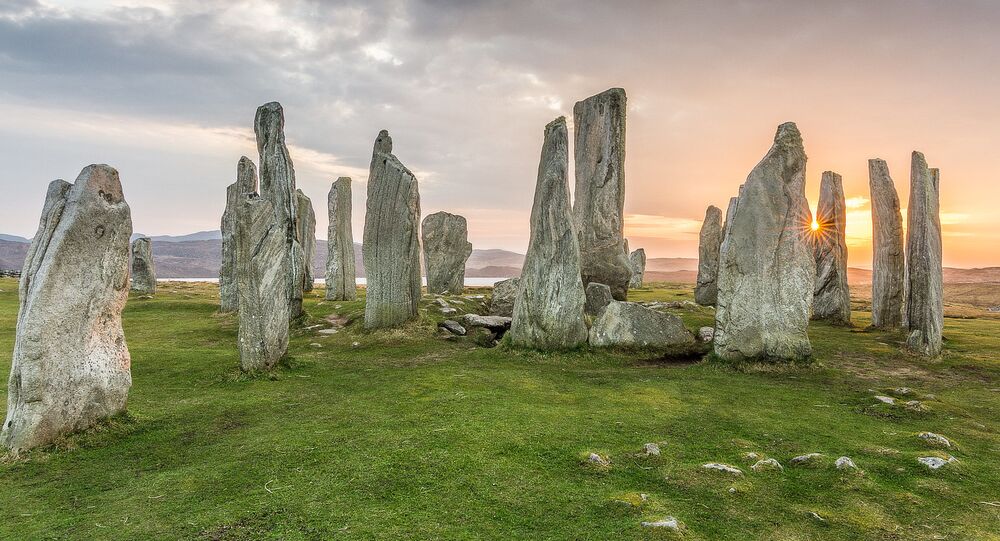 The discovery was made when the team that studies the Callanish Stones was examining a nearby satellite site where only one stone that used to be a part of a circle was left standing.

Researchers studying the ancient site known as the Callanish Stones, an arrangement of standing stones dating back to the late Neolithic era and located on the Isle of Lewis in the Outer Hebrides, have recently made an interesting discovery that may hint at a potential relation between this site and "the forces of nature", as Heritage Daily put it.

According to the media outlet, the discovery was made when a team from the Calanais Virtual Reconstruction Project performed a survey of the satellite sites located near the main stone circle, in an attempt to find evidence of similar monuments that might be buried beneath the ground.

While examining the so called Site XI, a.k.a. Airigh na Beinne Bige, which currently consists of a single standing stone, the team has established that the stone in question was once part of a circle of standing stones, and that there was a massive "star-shaped magnetic anomaly" situated in the center of that circle – "either the result of a single, large lighting strike or many smaller strikes on the same spot".

"Such clear evidence for lightning strikes is extremely rare in the UK and the association with this stone circle is unlikely to be coincidental", said project leader Dr. Richard Bates of the of the School of Earth and Environmental Sciences at the University of St Andrews. "Whether the lightning at Site XI focused on a tree or rock which is no longer there, or the monument itself attracted strikes, is uncertain. However, this remarkable evidence suggests that the forces of nature could have been intimately linked with everyday life and beliefs of the early farming communities on the island."

The project team also reportedly managed to reconstruct another similar site where no stones were left standing, allowing people to "virtually" walk around that ancient monument for the first time in 4,000 years.

"Everyone will be able to visit this remote site and get a real sense of what it was like just after it had been constructed.  We have only just scratched the surface of this landscape and already we can get a feel for what might be buried out there waiting for discovery", Dr. Bates remarked.