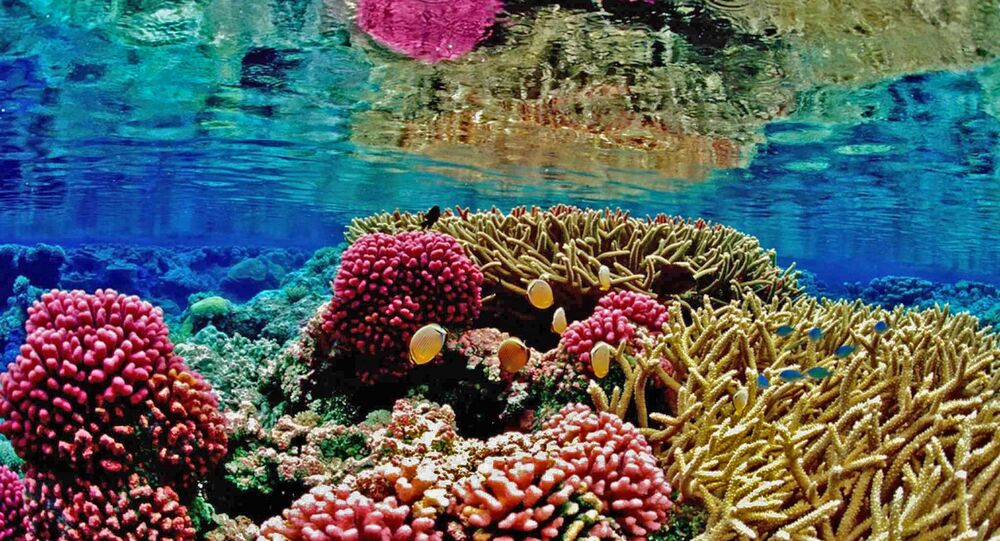 Although they occupy less than one percent of underwater surfaces, coral reefs are an invaluable part of marine ecosystems. They are even called the rainforests of the sea as they provide home and food to millions of species.

Between 70 to 90 percent of all coral reefs will disappear in 20 years and by the end of the century they may go extinct, according to a study conducted by researchers from the University of Hawaii Manoa. Researchers say pollution and climate change, which results in the warming of the oceans and water becoming more acidic leads to the bleaching of corals.

Bleaching itself doesn’t kill them. It makes coral release the algae that lives inside and feeds them. This makes coral become vulnerable to diseases, predators, toxic algae and eventually they die. During bleaching coral becomes white.

Here is a photo of healthy coral.

And here is a photo of bleached coral.

Overfishing is another issue that threatens the life of coral reefs. It disrupts the food chain: overharvesting of reef fish that consumes algae allows the latter to grow to levels that are dangerous to coral reefs.

Researchers stress that although the cleaning of oceans and a decrease in the amount of fishing is necessary the main focus should be on climate change. "Trying to clean up the beaches is great, and trying to combat pollution is fantastic. We need to continue those efforts. But at the end of the day, fighting climate change is really what we need to be advocating for in order to protect corals and avoid compounded stressors", Renee Setter, the lead researcher on the project, said in a statement.

The disappearance of coral reefs is not a recent process. According to some estimates about half of the world’s coral reefs died during the last 30 years. Half of Australia’s Great Barrier Reef disappeared in 2016 and 2017 due to an extreme heatwave.

In recent years, scientists have been growing coral in laboratories and then transplanting them into dying ecosystems. However, new research has found that by the end of the century there will be few to zero habitats where coral can live. "Honestly, most sites are out", Renee Setter said, adding, "by 2100, it's looking quite grim".