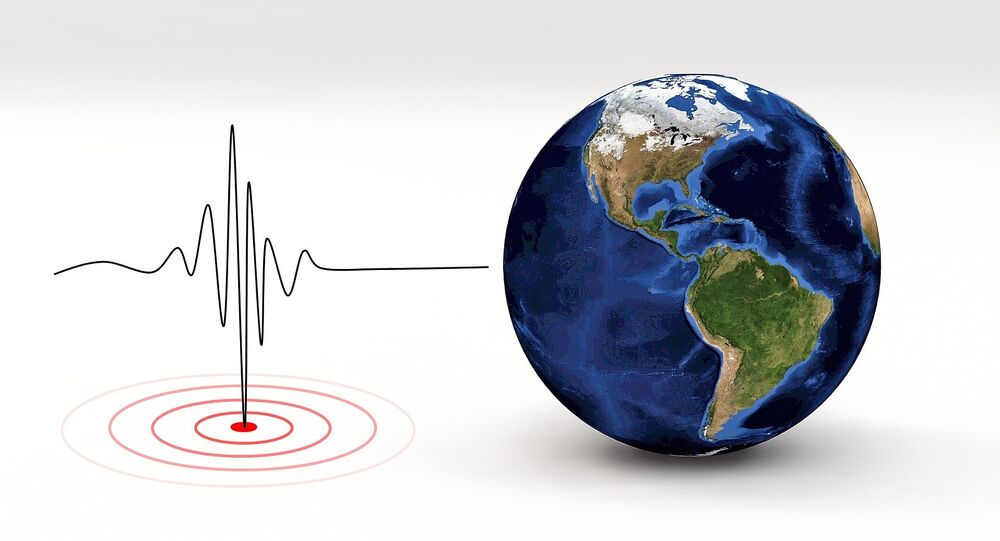 While the researcher’s findings may eventually help predict the emergence of such destructive phenomena as tsunamis, the new study’s coordinator warns that there’s still plenty of work to be done.

It appears that researchers at the GFZ German Research Centre for Geosciences have come up with a concept that might help improve mankind’s capability to detect earthquakes early.

According to a GFZ news release published by EurekAlert!, this new algorithm is based on the fact that earthquakes emit the so called Prompt Elasto-Gravity Signals (PEGS), that are essentially "sudden changes in gravity caused by a shift in the earth’s internal mass", which travel "at the speed of light" – much faster than seismic waves whose speed is only about 8 kilometers per second.

Therefore, if one was able to detect these signals, it would be possible to detect earthquakes before the arrival of the destructive tremors or tsunami waves.

"Since the gravity that can be measured locally depends on the mass distribution in the vicinity of the measuring point, every earthquake generates a small but immediate change in gravity", scientific of the new study Rongjiang Wang explained.

The algorithm devised by Wang’s team allows calculating "PEGS signals with high accuracy and without much effort for the first time", with Sebastian Heimann, data analyst at GFZ, revealing that they first applied said algorithm to the 2011 Tohoku earthquake in Japan where "measurements on the strength of the PEGS signal were already available", and "the consistency was perfect".

The researchers hope that, in the future, examining the changes in gravity caused by earthquakes might help determine whether these tremors may cause a tsunami, for example.

As Wang himself has noted, however, there’s still plenty of work to be done, as "today’s measuring instruments are not yet sensitive enough, and the environmentally induced interference signals are too great for the PEGS signals to be directly integrated into a functioning tsunami early warning system."