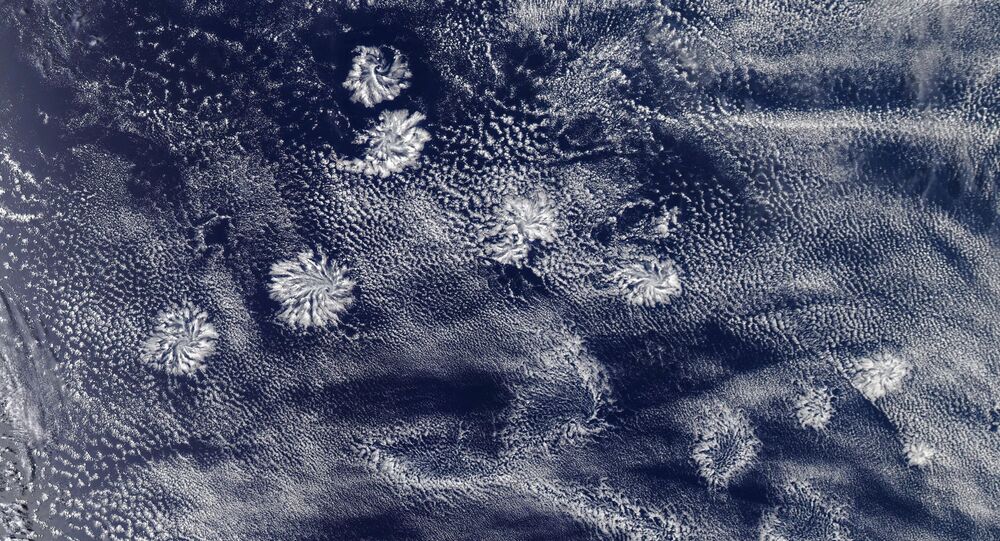 The clouds captured off the western coast of Australia by the space agency’s Aqua satellite show mysterious and rare patterns, looking like giant white snowflakes.

These rosette formations are impossible to fully see from the earth as they stretch across distances of over 300 kilometers, RT reported.

The rosettes were revealed to be actinoform clouds, which NASA described as "a collection of shallow clouds that organize themselves in a distinct, radial structure." These types of clouds typically form relatively lower in the atmosphere, around 2,000 meters high, in an area usually dominated by thick, puffy stratocumulus clouds. They can linger for up to 72 hours, typically releasing some raindrops from time to time.

"This scene is interesting because it's a little to the north of the typical stratocumulus region to the west of Australia," Michael Garay, a cloud researcher at NASA's Jet Propulsion Laboratory, told the Earth Observatory.

Actinoform clouds were first captured by NASA’s Television Infrared Observation Satellite V in 1962, but not much is known about how they form; previously, scientists saw a link between actinoform cloud formation and the use of aerosols, according to the observatory. However, the clouds over Australia were found to be so far from land that it's difficult to point to aerosols as the cause, Garay said.