Apocalypse on Pause? Asteroid That Shot Fireball in 2017 Could Destroy Life on Earth, Scientists Say

In April 2017, a shiny fireball flew over the skies of Kyoto, Japan, raising questions about its potential origin and cosmic identity. Later, it was determined that the bright intruder belonged to a near-Earth asteroid called 2003 YT1.

Researchers from the National Astronomical Observatory of Japan (NAOJ), Kyoto Sangyo University (KSU), and the Nippon Meteor Society have determined the origin of a fireball that lit up the skies over Japan on 29 April 2017, while warning about the potential dangers its parent asteroid poses to life on our planet, a paper published in The Astronomical Journal revealed.

“We uncovered the fireball’s true identity”, one of the research study’s authors and visiting scientist to NAOJ and KSU Toshihiro Kasuga stated, as quoted by an Observatory press release. “It has a similar orbit to that of the near-Earth asteroid 2003 YT1, which is likely its parent body”.

2003 YT1, or 164121, is a binary asteroid that was discovered in 2003 and classified as a near-Earth object and potentially hazardous space rock, approximately 2 kilometres in diameter. It is believed by researchers to have been active in the past, cracking under the so-called YOPR effect, causing the asteroid’s rotational instability. As a result, dust and rock particles were released and made their way to our atmosphere, including the 2017 fireball that flew over Japan in a relatively bright and slow manner, when compared to other fireballs spotted from Earth.

The scientists, however, warned that if asteroid 2003 YT1 completely breaks apart into smaller rocks, this could pose a danger to life on our planet, but not in the near future. 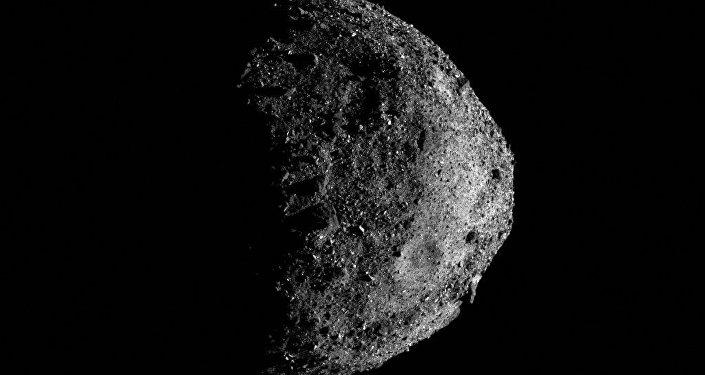 © NASA .
Why is an Asteroid the Size of the Empire State Building Heading Towards Earth so Feared?
“The potential break-up of the rock could be dangerous to life on Earth”, Kasuga noted. “The parent body 2003 YT1 could break up and those resulting asteroids could hit the Earth in the next 10 million years or so, especially because 2003 YT1 has a dust production mechanism”.

The team of scientists asserted that they will now continue to monitor any potentially hazardous objects circulating around the Earth in a bid to prevent any dangerous advances into our planet’s atmosphere.