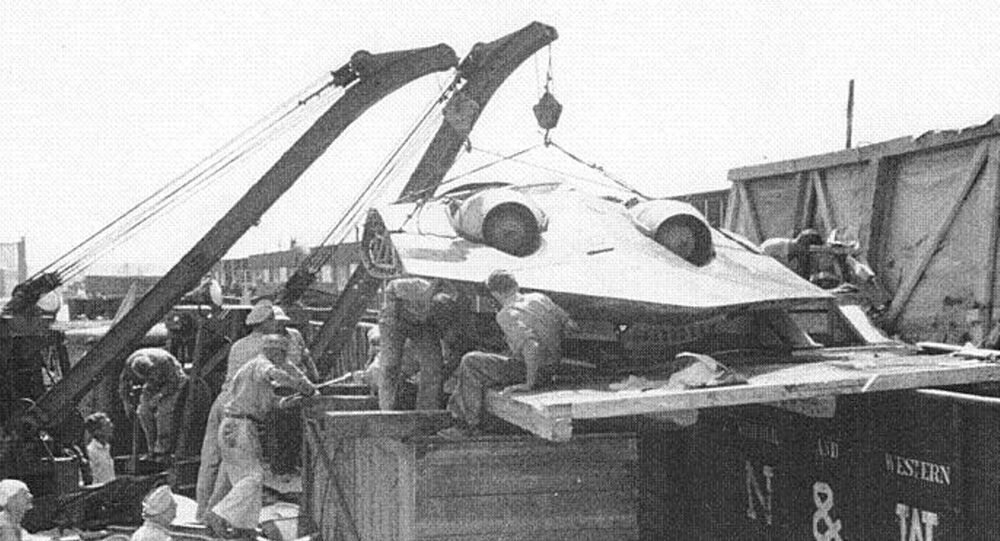 Despite Ho 229’s outstanding technical features, one of them allegedly making the plane a true pioneer in its class, the flying machine never made it off the ground. However, it arguably served as an inspiration for American firm Northrop Grumman.

Although stealth fighters, like for instance the B-2 Spirit or its soon-to-be-manufactured successor B-21 Raider, are commonly perceived as a 21st century US-led breakthrough, it appears the very first jet-powered aircraft was actually devised by two German brothers in Nazi Germany, National Interest reported.

Walter and Reimar Hortens’ idea was to marry the new turbojet engine Germany started manufacturing in the 1940s with a flying wing design - a tail-less plane that is sufficiently aerodynamically clean not to generate any drag whatsoever.

The design came from their practical know-how, as Walter, an ace fighter pilot in the German Luftwaffe, and Reimar, an airplane designer lacking formal aeronautical qualifications, had constructed a number of tail-less manned gliders in their youth.

The Hortens were given a green light to start their venture in August 1943, around the time American Northrop XB-35 flying wing bomber failed to enjoy mass production due to certain design setbacks, as the lack of a tail rendered the vehicle prone to uncontrolled stalls and swings.

© CC0
Horten Ho 229 being unloaded after making it into the hands of the US military.

The Horten brothers’ first unpowered glider known as the H.IX V1 was assembled soon afterwards, featuring thin long wings made of plywood so as to save weight, the bell-like shape of which ruled out yawing.

The planes were designated as Ho 229s or Go 229s and were to be used as military gliders. However, due to their capacity for a breakneck speed of about 975 kilometres per hour, they were repurposed to serve as fighters with two heavy Mark 103 thirty-millimetre cannons. The speed was truly exceptional, as it could have exceeded the maximum speed of the best Allied fighters of the time by at least 33 percent.

War-Time Projects Go Awry
The plan, however, was never fulfilled, because when American troops from the VIII Corps rolled into the factory at Friedrichroda, Germany in April 1945, they found just the cockpit parts of the manta-like jet’s prototypes in various stages of construction.

The most complete one, the V3 prototype, was shipped to the United States for study along with the wings, and can today be seen at the Udvar-Hazy Center of the United States Air and Space Museum in Chantilly, Virginia.

Although it was never explicitly intended to be a stealth jet, the Hortens reportedly viewed the Ho-229’s design as one that lends itself to a diminished radar cross-section, ideal for a stealth vehicle.
Reimar Horten, who spent the post-war years in Argentina, wrote an article in 1950 for the Revista Nacional de Aeronautica arguing that wooden aircraft would absorb radar waves.

Thirty years later, as the theory behind stealth aircraft became more widely known, Reimar wrote that he had actually intended to make the Horten flying wing into a stealth plane, claiming that he had even constructed the airframe using a special radar absorbent mixture of carbon, sawdust and wood glue with his bosses being unaware of it.

One of two tests conducted to determine if carbon dust had indeed been used, proved his claim, while the other didn’t, adding to the overall skepticism of whether stealth was the German brothers’ design goal.