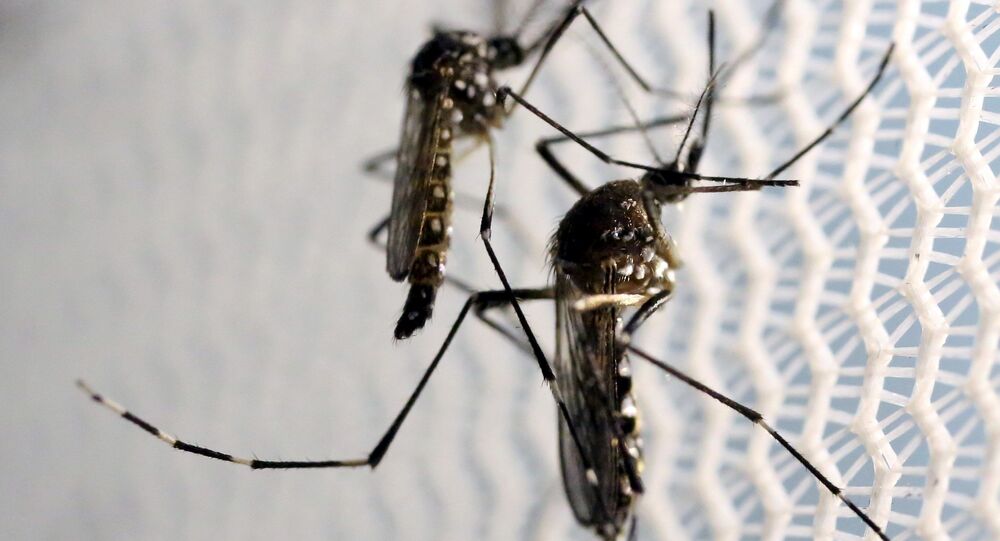 WASHINGTON (Sputnik) - A new radiation-based technique to combat mosquito-borne diseases such as dengue fever and Zika with the mass release of sterile male mosquitoes will soon be tested by multi-national teams of researchers, the World Health Organization (WHO) said in a press release on Thursday.

"The Sterile Insect Technique (SIT) is a form of insect birth control", the release said. "The process involves rearing large quantities of sterilized male mosquitoes in dedicated facilities and then releasing them to mate with females in the wild. As they do not produce any offspring, the insect population declines over time".

While SIT has been successfully used to control some insects, the method has proved problematic for mosquitoes because it weakens male bugs, making them less able to attract female mates.

The Sterile Insect Technique is a form of insect birth control. It involves rearing large quantities of sterilized male 🦟🦟 in dedicated facilities & then releasing them to mate with females in the wild. As they do not produce any offspring, the insect population ⬇️ over time. pic.twitter.com/Rdug4X2CcI

However, WHO said in the release that it has developed guidance for countries interested in testing the technique for Aedes mosquitoes, which transmit chikungunya, dengue, and Zika.

WHO plans to support a collaborative effort that includes three multi-country teams of research institutions, vector control agencies, and public health stakeholders to test the method against Aedes mosquitoes, the release said.

The WHO is joined by the International Atomic Energy Agency and the Food and Agriculture Organization in the effort, the release also said.

Diseases transmitted by mosquitoes such as malaria, dengue, Zika, chikungunya, and yellow fever account for about 17 percent of all infectious diseases globally, claiming more than 700,000 lives each year, and inflicting suffering on many more, the release noted.

The 2015 outbreak of Zika in Brazil was linked to an increase in the number of babies being born with microcephaly, a condition characterized by small heads, undersize brains, and poorly developed nervous systems.