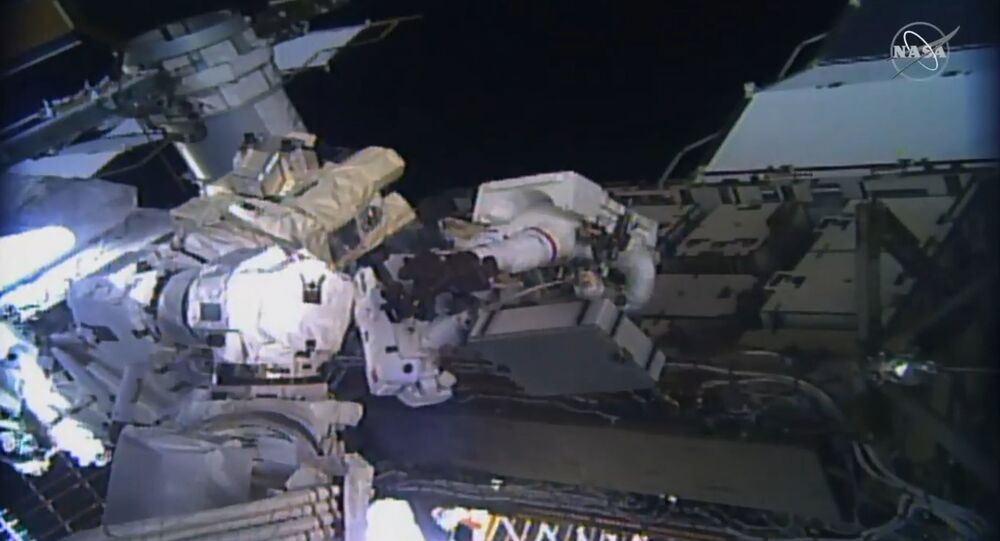 WASHINGTON (Sputnik) - A quick way to secure a reliable supply of electricity for an extended stay on the Moon or Mars would use an ink-jet-like printer to make super-thin solar cells from a substance known as perovskite, NASA said in a press release on Wednesday.

"This material [perovskite] is a relatively new discovery, and it has many advantages for solar technology", the release said. "Not only is perovskite an incredible conductor of electricity, but it also can be transported into space as a liquid and then printed onto panels on the Moon or Mars, unlike silicon panels that have to be built on Earth and then shipped to space".

With just one liter of the solution, astronauts would have enough material to generate a megawatt of solar power, far more energy than is required to run the International Space Station, the release said.

A @NASATechnology project is working to develop printable solar cells that could power habitats on the Moon. More about the new materials being tested by @NASAGlenn engineers and plans to demo them in space: https://t.co/aVUFZBEYr2 pic.twitter.com/NSHlvkkLbM

Assembly of solar cells in space would also require a new technology known as electrospraying, the release added.

"Electrospraying works like an inkjet printer, and it makes assembly quick, easy and efficient. It requires a small nozzle to deposit the perovskite solution as a thin film - about 250 times thinner than a human hair - onto a substrate that acts as the structure for the panel," the release said.

Because perovskite is essentially a salt, its greatest downfall is its inability to handle moisture, which makes it difficult to use on Earth but ideal for missions in space, according to the release.

NASA’s goal is to establish a permanent human presence on both the Moon and Mars, the later destination requiring a minimum stay of two years when the Red Planet re-aligns with Earth.