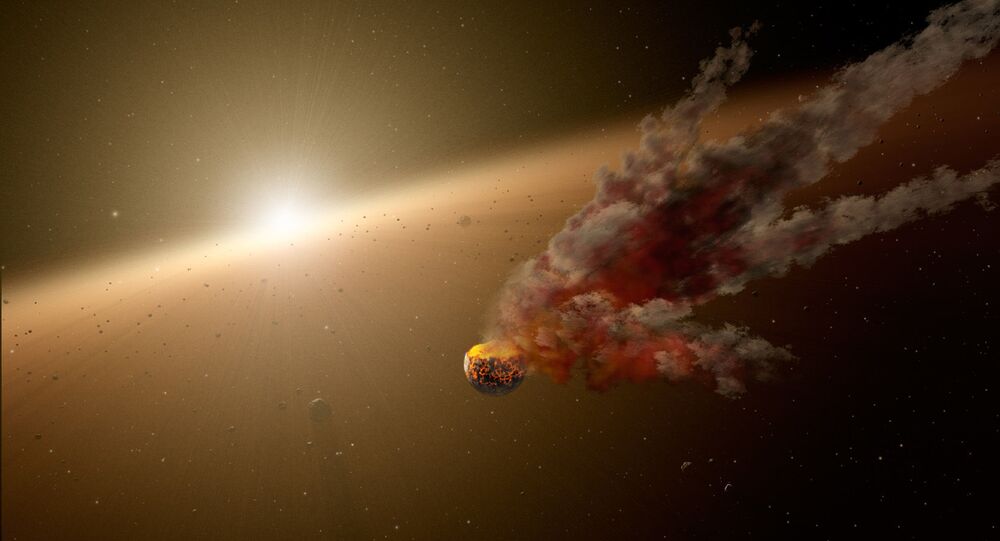 Numerous telescopes are constantly monitoring thousands of asteroids in our solar system, some of which could pose a threat if their paths cross Earth’s. However, sometimes even this system of observation misses potential threats, as was the case with the Chelyabinsk meteor in 2013.

Data from NATO's Centre for Near Earth Object Studies (CNEOS) shows that an asteroid named "2019 TA7" will pass in close proximity to Earth on 14 October at around 22:53 UTC. However, the asteroid, which has a diameter of between 15 and 34 metres, is not expected to enter our planet's atmosphere and will pass roughly 1,485,000 kilometres away.

But even if it were to enter the atmosphere, it would unlikely reach the surface intact, since its size is relatively small. Despite this, asteroids this small are still capable of causing havoc, as was proven by the Chelyabinsk meteor on 13 February 2013. Back then, a roughly 20-metre meteor, which remained undetected until it entered Earth’s atmosphere, exploded in the sky above the Russian city with the power of several nuclear bombs, causing damage to over 7,000 buildings and injuries to 1,500 people.

Since 2019 TA7 orbits the sun, this will neither be the first nor last time that its path crosses the Earth’s. Its next approach is expected to take place as early as October 2021.

During the same week, Earth will also be approached by another asteroid, called "2019 TK5". The celestial body, with a diameter of between 9 and 19 metres, will come closer than 2019 TA7 – around 955,000 kilometres from our planet. It will reach its closest to the Earth on 19 October at around 7:33 UTC.