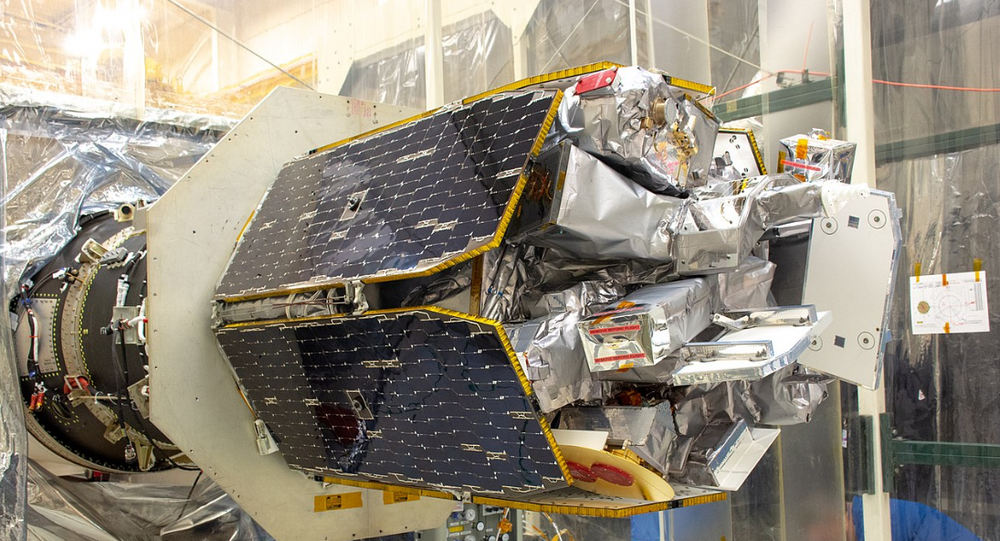 The purpose of the mission is to “study changes in a region of the upper atmosphere called the ionosphere,” according to a Thursday press release by NASA.

The ionosphere is a layer of the Earth’s atmosphere with high concentrations of ions and free electrons. It is about 50 to 600 miles above the Earth’s surface and can reflect radio waves.

“In addition to interfering with communications signals, space weather in the ionosphere can also prematurely decay spacecraft orbits and expose astronauts to radiation-borne health risks. Historically, this critical region of near-Earth space has been difficult to observe. Spacecraft can’t travel through the low parts of the ionosphere, and balloons can’t travel high enough,” NASA explains.

ICON was launched into orbit from an L-1011 Stargazer jet and is expected to begin sending scientific data back to Earth next month. It will use four instruments to investigate the electrically charged ionosphere. One of the instruments will measure wind speeds and temperatures, two ultraviolet cameras will investigate light emitted from ions in the atmosphere, and one instrument will measure the motion of ions.

“ICON has an important job to do – to help us understand the dynamic space environment near our home,” Nicola Fox, director for heliophysics at NASA, is quoted as saying in the press release. “ICON will be the first mission to simultaneously track what’s happening in Earth’s upper atmosphere and in space to see how the two interact, causing the kind of changes that can disrupt our communications systems.”

ICON was initially scheduled to launch in 2017. However, following concerns that the satellite was potentially mishandled during shipping, the launch was rescheduled for 2018. However, additional issues with the instruments onboard the satellite took almost a year to be tested and corrected by aerospace and defense technology company Northrop Grumman.