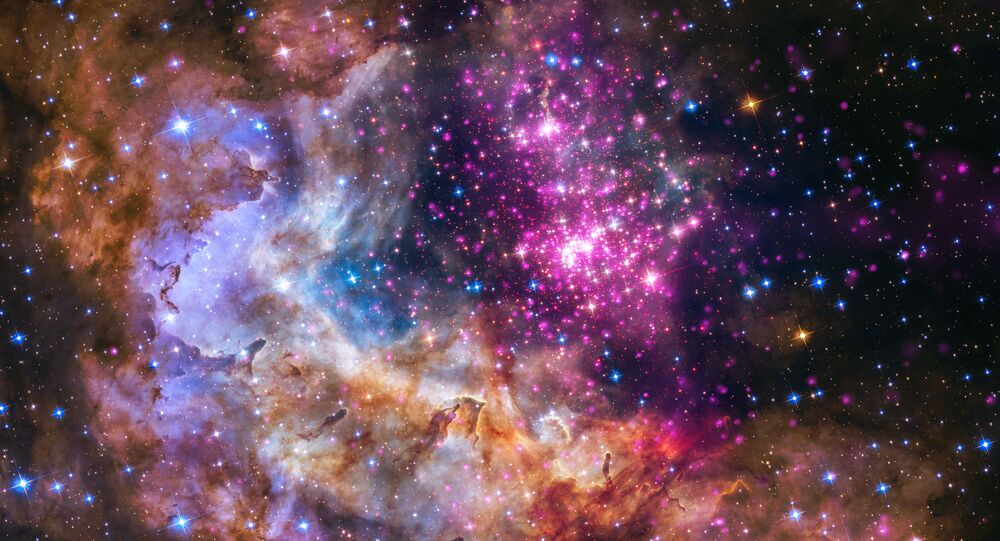 With the help of a whole multitude of original developments, scientists hope to research the processes of birth and propagation of very-high-energy gamma rays and, in the future, to find mysterious dark matter particles which have so far evaded physicists around the world.

The Tunka Advanced Instrument for cosmic ray physics and Gamma Astronomy (TAIGA), an international scientific collaboration, is launching one of the world’s largest and most sensitive high-energy gamma-ray observatories, allowing astronomers for the first time to study gamma radiation and ultra-high energy cosmic rays, the science team reported in an article: “Nuclear Instruments and Methods in Physics Research Section A: Accelerators, Spectrometers, Detectors and Associated Equipment”.

Already at the observatory, scientists from Moscow State University (MSU), National Research Nuclear University MEPhI (NRNU MEPhI), Irkutsk State University Applied Physics Institute and other leading universities in Russia and Germany are preparing for new series of experiments at two TAIGA observatory facilities, using an array of distributed detector stations TAIGA-HiSCORE and new telescopes TAIGA –IACT, which will allow them to record the “image” of Cherenkov radiation from a cascade of ionised particles produced as a result of the interaction of a high-energy gamma-quanta with the atmospheric atoms. Since the measurements on the main detectors of the observatory are carried out on moonless nights, experiments are carried out in autumn, winter, and spring (in the summer, Russian nights are too short) .

The unique TAIGA complex, being constructed in the Tunka Valley 50 km from the southern tip of Lake Baikal, utilises a new hybrid array technology for detecting extensive air showers (EAS) generated by gamma quanta. In addition to Cherenkov radiation, it can detect all the main EAS components produced in the atmosphere when a primary cosmic ray enters the atmosphere.

“Today, the complex is at the deployment stage, the number of detectors of various facilities and the area of their registration is increasing. Methods of recording, processing and analysing events are being developed, and their accuracy is being enhanced to the planned level. This is an inevitable stage for any large-scale experimental complex,” commented Igor Yashin, a professor at the NRNU MEPhI Institute of Nuclear Physics and Engineering.

According to the scientist, in the short term, the assembly of the third Cherenkov telescope and bringing the number of detector stations of the TAIGA-HiSCORE array to 120 pieces on an area of one square kilometre will take place. In winter, gamma-radiation flux measurements from known gamma sources – such as a pulsar in the Cancer Constellation and others – will be carried out. The tasks of the NRNU MEPhI group include testing photomultipliers and associated electronics for installing TAIGA-HiSCORE, developing and ensuring the operability of the Cherenkov telescopes camera’s electronics, duty at TAIGA observatory, etc.

The origin of cosmic rays (high-energy protons and atomic nuclei) is one of the most important mysteries of modern science. Upon solving it, humanity may come closer to creating new sources of super-high energy. For example, space-based particle accelerators could provide billions of times more acceleration energy than the most powerful particle accelerator on Earth, the Large Hadron Collider.