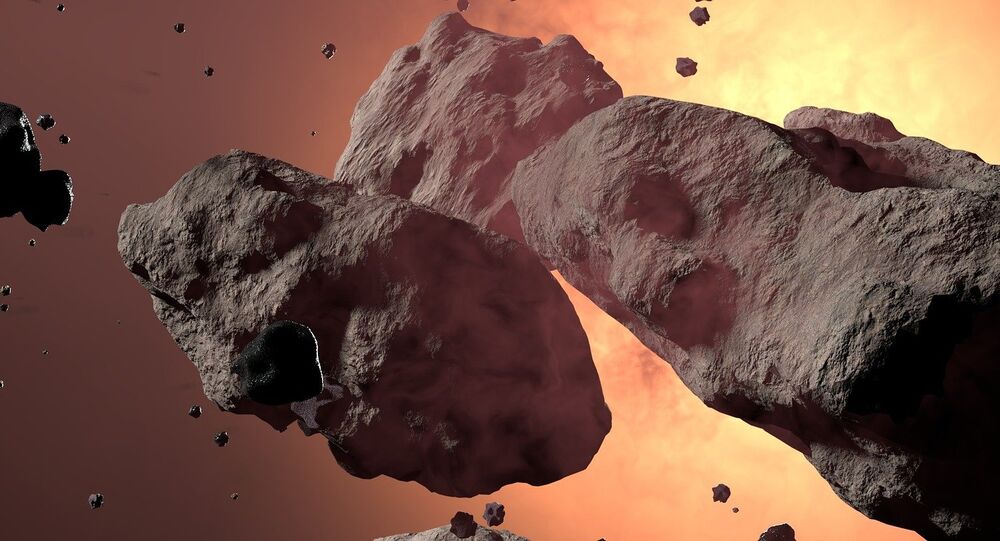 Currently, there are five asteroids moving in the direction of our planet that are being closely tracked, although NASA stated earlier there is no asteroid on collision course with the Earth in the next 100 years.

NASA is currently tracking a giant potentially hazardous asteroid that is expected to zoom close to Earth this week.

Due to the asteroid’s speed and massive size, it packs an impressive punch, with devastating consequences if it were to hit Earth.

According to NASA’s Center for Near Earth Object Studies (CNEOS), the approaching asteroid is known as 523934 (1998 FF14) and classified as an Apollo asteroid.

Asteroids of this class are known for having a very wide orbit around the Sun and the Earth.

On occasion, an asteroid’s orbit intersects with that of Earth as the planet travels around the giant star.

Due to the asteroid’s close intersections with Earth’s orbit, 1998 FF14 was labeled by CNEOS as potentially hazardous.

“Potentially hazardous asteroids are currently defined based on parameters that measure the asteroid’s potential to make threatening close approaches to the Earth,” CNEOS explained.

“Specifically, all asteroids with a minimum orbit intersection distance (MOID) of 0.05 [astronomical units] or less and an absolute magnitude of 22.0 or less are considered PHAs.”

This particular space rock has an estimated diameter of about 1,410 feet – that’s the size of three Egyptian pyramids.

Calculations show the asteroid to be zooming at a speed of almost 50,000 miles per hour.

In the case of an impact, such an enormous space rock could potentially create a crater several miles wide and flatten an area as big as a city.

CNEOS noted that Earth is not currently in danger of getting hit by the rock, which is on course to approach Earth on 24 September at 3:27 am EDT.

During this time, the asteroid will be about 0.02780 astronomical units or roughly 2.6 million miles away.
NASA is following a total of five asteroids now heading to Earth, however, luckily, they are not on a collision course with our planet.