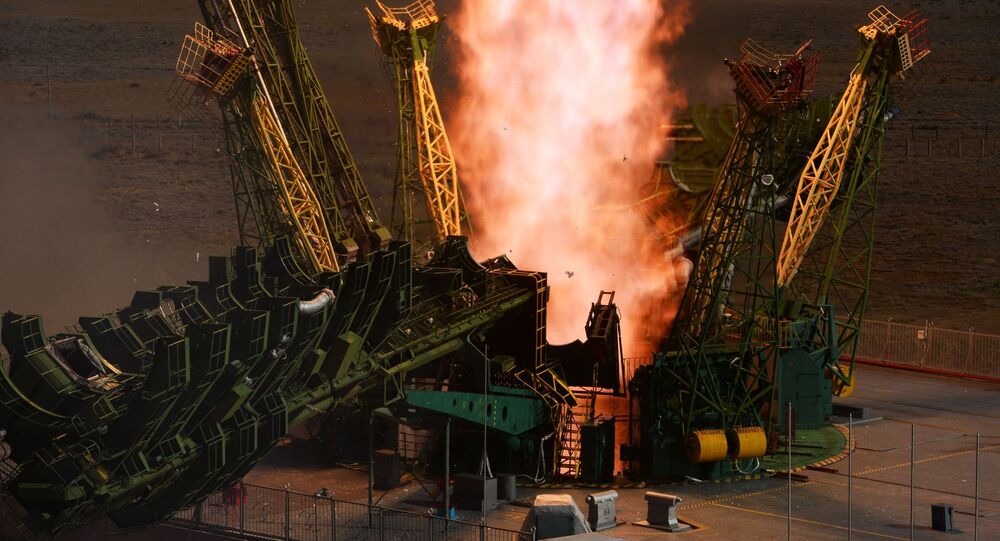 "Glavkosmos, Arianespace and Starsem have prepared joint proposals for launching OneWeb spacecraft from the Baikonur spaceport tentatively on December 19," the spokesperson said.

According to the spokesperson, this date is to be approved after the detailed planning of technological operations, although everything is in the state of high readiness.

In April, OneWeb CEO Adrian Steckel told The Australian newspaper that starting in December, OneWeb will be launching 30 satellites per month aboard Soyuz carrier rockets during a period of 20 months.

Roscosmos signed contracts with French company Arianespace and UK's OneWeb in June 2015 for carrying out a total of 21 commercial launches to bring 672 satellites to space atop the Soyuz rockets from Kourou, Baikonur and Vostochny space centres.

In April, Dmitry Loskutov, the head of Roscosmos' launch service provider Glavkosmos, told Sputnik that the first launch of OneWeb satellites from the Baikonur spaceport was planned to take place in the fourth quarter of 2019. Concerning launches from the Vostochny Cosmodrome, the first one is going to take place in the second quarter of 2020. A total of nine launches are expected to be conducted from Baikonur, eight from Vostochny and four from Kourou. The first launch from Kourou was held in February 2019.

OneWeb plans to create a constellation of satellites that will provide broadband Internet access to users around the world fully covering the Earth’s surface. In cooperation with Roscosmos, the UK communications company sent up its first satellites in February and has planned its next two launches for the end of this year and the first half of 2020.