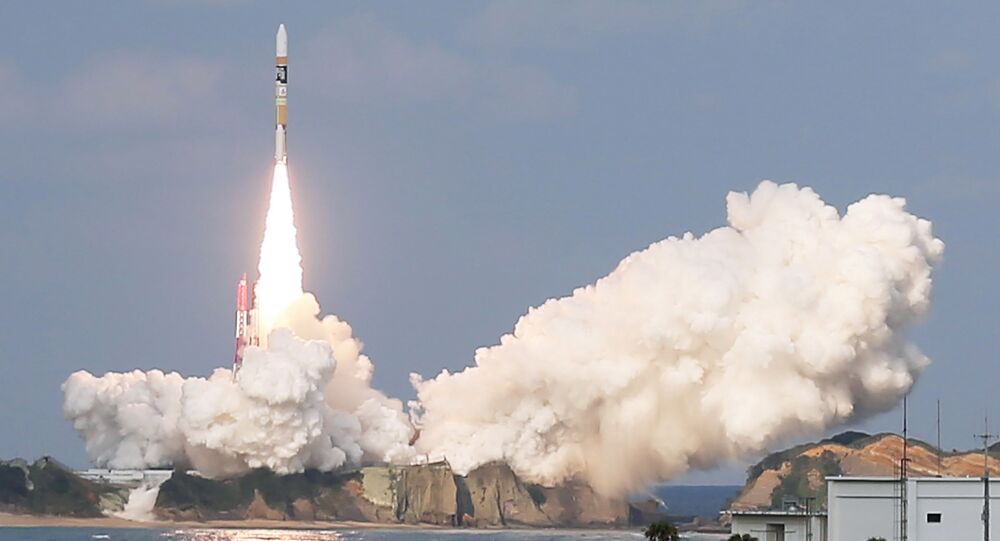 The launch of a Japanese H-IIB rocket with a Kounotori 8 cargo spacecraft aboard carrying experimental equipment, new reservoirs for water storage and NASA-designed oxygen recharge systems to the International Space Station (ISS) has been scrubbed after a fire erupted on the launch platform, according to media reports.

The launch of the Mitsubishi Heavy Industries H-IIB rocket was scheduled at the Tanegashima Space Centre in the Kagoshima prefecture. The Kounotori 8 spacecraft, also known as HTV-8, carrying over 4 tons of supplies was slated to reach the ISS for 14 September.

Today’s launch is postponed because we found a fire around the hole at the deck of the mobile launcher at 3:05 a.m. JST.
Now we are trying to extinguish a fire. #H2BF8

A spokesman for Mitsubishi Heavy Industries, Ray Iechika Takaku, told a news conference after the failed launch that the company has never seen a launchpad fire during an H-IIB launch, adding that the blaze began after fueling for the launch was completed, according to Space.com.

MHI's Ray lechika Takaku briefs media on situation at launch pad, where teams are fighting fire at the top of the mobile launcher
Fueling was complete, no word on cause. Fire started at 3:10 a.m. local time. pic.twitter.com/8BzslmXWy3

The fire reportedly burned for about two hours before being extinguished and no injuries were reported. The cause of the fire, and whether it caused any damage to the H-IIB rocket, has yet to be determined, according to Space.com.

The last HTV-type spacecraft was sent into space in September 2018. To date, Mitsubishi Heavy Industries has reportedly launched seven HTV missions since 2009. The latest launch would have lifted off on the 10th anniversary of the first HTV flight.

Indian Space Agency to Set Up Ground Stations in Russia, Japan and France