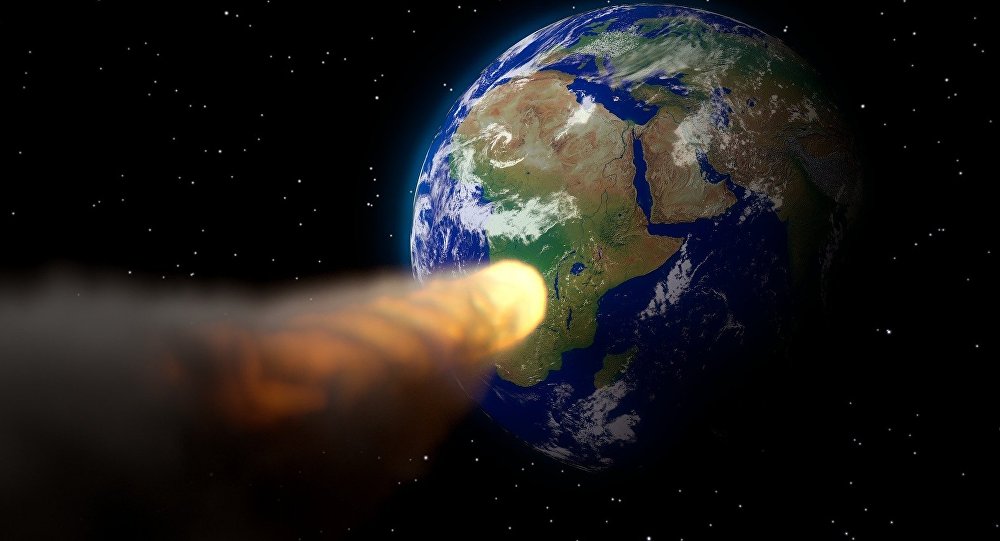 There is a '100 Percent' Chance of Asteroid Crashing Into Earth, NASA Researcher Warns

NASA and its European counterparts are on constant lookout for so-called near-Earth objects that might crash into the planet and cause damage. The smallest of these space objects usually burn up in the earth's atmosphere – but the largest ones can cause massive devastation.

Greg Leonard, a professor at the University of Otago’s School of Surveying (New Zealand) and senior research specialist at the NASA-funded Catalina Sky Survey project, has said there is 100-percent possibility of an asteroid hitting Earth.

Speaking to science writer Bryan Walsh for his new book on the history of extinction, called ‘End Times: A Brief Guide to the End of the World’, Leonard conceded that the chances of being killed by an asteroid are less than dying from a lightning strike.

“But I also know that if we do nothing, sooner or later, there’s a one hundred percent chance that one will get us,” he added. “So I feel privileged to be doing something.”

Leonard said that when a large near-Earth object ends up on a collision course with the planet, humanity will need a little more than intelligence-gathering to avoid a disaster.

Earth is constantly bombarded by cosmic dust and high-energy particles, but asteroid impacts are observed rarely and always become quite an event.

About once a year, according to NASA’s Jet Propulsion Laboratory, a car-sized asteroid enters Earth's atmosphere and burns up before reaching the surface, causing no damage.

A collision with an object larger than five kilometres is thought to be damaging enough to cause mass extinctions – as was the case with the Chicxulub impactor, which hit the Earth just off what is now the Yukatan Peninsula 66 million years ago, wiping out some three-quarters of the planet’s plants and animals, including all non-avian dinosaurs.