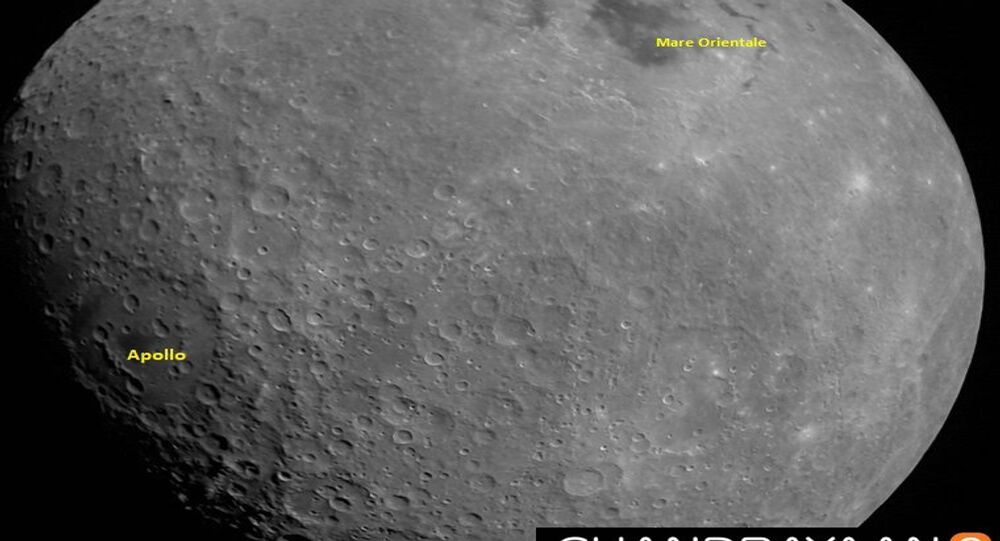 New Delhi (Sputnik): India’s second Lunar probe, Chandrayaan-2 has achieved yet another milestone, just five days ahead of its most challenging exercise to soft land on the unexplored South Polar Region of the Moon.

On Monday, the Indian Space Research Organisation (ISRO) carried out a tricky operation of delinking the lander Vikram and the Orbiter. The lander will now be put on a separate, circular path identical to the Orbiter passing over the lunar poles at a distance of roughly 100 kilometres from its surface.

​ISRO will carry out a series of complex breaking manoeuvres to soft land the 6-wheeled robotic vehicle in a high plain between two craters in the South Polar Region at an altitude of about 70 degrees south.

“The final descent of the Lander will be 15 terrifying moments for us, as it is something we have never tried before. It is one of the most complex operations we have ever handled", ISRO Chairman Dr K. Sivan said. “On the whole, such a mission management itself is new to us".

The orbiter will also be surveilling in a 100x100 kilometre lunar polar orbit for one year while ensuring that no damage has been caused to its instruments so far and conducting a thorough examination of the Vikram lander's landing site. It is capable of communicating with the Indian Deep Space Network at Byalalu and the Vikram lander.

The lunar South Pole is especially interesting because the area there remains in the shadows and is much larger than its North Pole. The possibility of the presence of water there is much higher and the craters in cold traps could contain a fossil record of the early Solar System. India’s first Lunar Mission in 2008 had identified traces of water on the Moon.

Chandrayaan-2, with all its domestically-made payloads, was launched on the 22nd of July from ISRO’s spaceport on the eastern seacoast of Sriharikota in Andhra Pradesh.