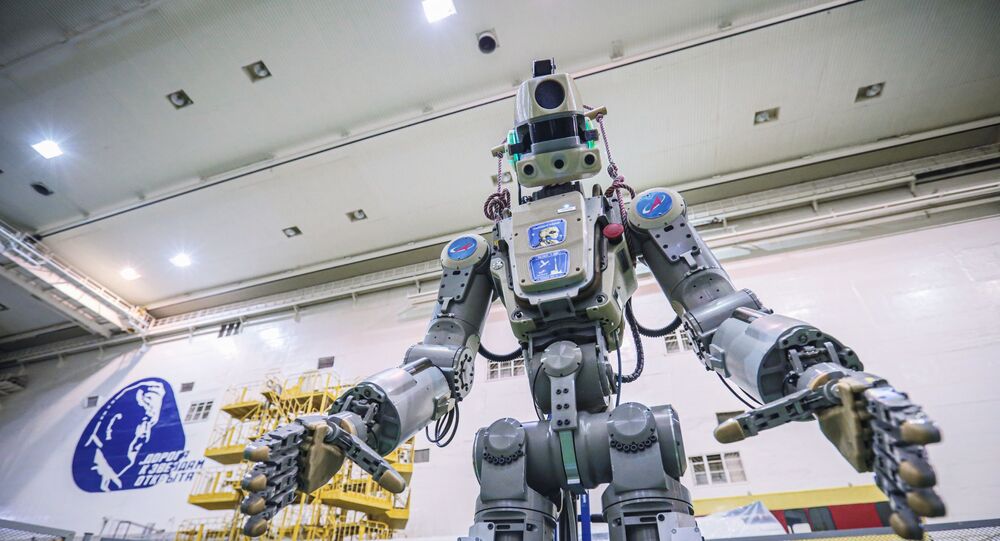 After arriving at the International Space Station on Saturday, FEDOR will be controlled by Russian cosmonaut Alexander Skvortsov and carry out a number of tasks. The robot is scheduled to return to Earth in the early hours of September 7.

The uncrewed Soyuz MS-14 spacecraft, carrying Russian humanoid robot FEDOR, also known as Skybot F-850, has failed to dock with the International Space Station on schedule, a Sputnik correspondent reported on Saturday from the mission control center. The spacecraft approached the station, came within 100 metres, hovered, and then began to retreat to a distance of 102 metres.

Preliminary data shows that possible docking system failure may be behind the incident. The Soyuz MS-14 spacecraft will make another docking attempt in the early hours of Monday, Vladimir Solovyov, the head of the control centre of the Russian segment of the ISS, said on Saturday.

On Thursday, Fedor was successfully launched into space inside the Soyuz MS-14 vehicle atop the Soyuz-2.1a carrier rocket from the Baikonur Cosmodrome. According to the Roscosmos chief, the launch of Soyuz-2.1a loaded with Soyuz MS-14 and robot Fedor was much more difficult than a regular launch, noting that the rocket succeeded with all challenging tasks.