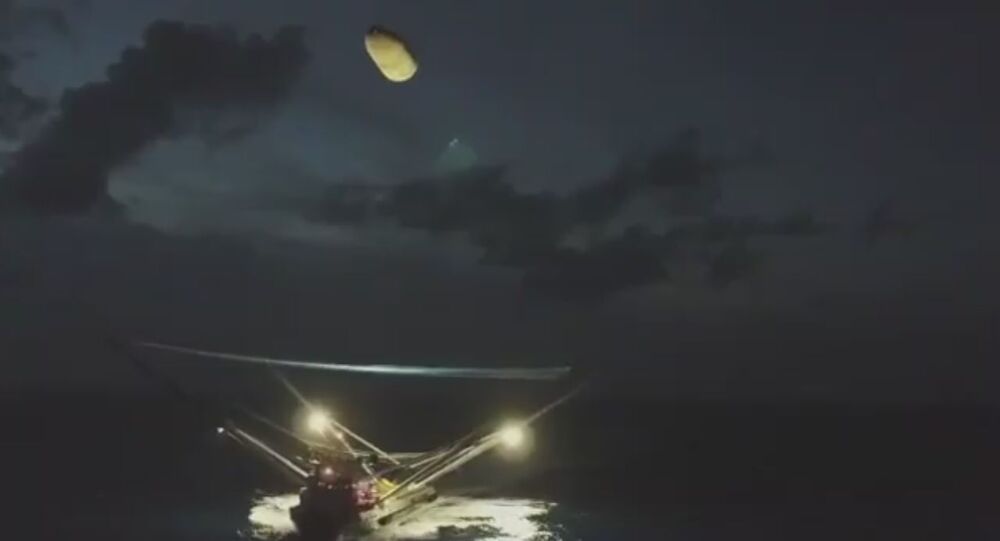 SpaceX first successfully captured a reusable fairing in June. The company currently only has one net-wielding boat capable of catching the rockets, meaning it can only catch one part at a time.

Following a slight delay, SpaceX's Falcon 9 rocket had a successful launch on Tuesday evening from Florida, shown in a video by SpaceX founder Elon Musk on Twitter.

Although the first stage was unable to be recovered due to mission requirements, Elon Musk said at least one fairing was captured by a recovery ship.

Since the historic launch of the SES-10 communications satellite 24 months ago, SpaceX has been attempting to make reusing rocket nose cone fairings a standard practice.

Just under two and a half years ago, SpaceX first reused a part of its Falcon 9 rocket.

The company has since launched previously flown Falcon 9 first stages over 24 times.

​The video of the launch shows a boat with a large net attached to it floating on a dimly lit ocean surface.

The fairing drops gracefully down to earth and lands comfortably in the net.

Following the breaking away of the fairing once it reaches space, thrusters and a guidance system guide the pieces back to Earth.

Parachutes are then deployed to slow the descent.

The idea behind the catching process is that it is more cost beneficial to reuse nose cones rather than simply let them fall away.

Russian space officials have since shifted from previously dismissing the financial benefits of a reusable rocket case to developing their own unique design bureau specifically for building reusable launch vehicles.

European scientists also rejected reusable rockets but are now building their own Falcon 9-like rocket.

The next Japanese rocket, following its new H3 booster, is likely to be reusable and China is scrambling to develop its own model similar to SpaceX.