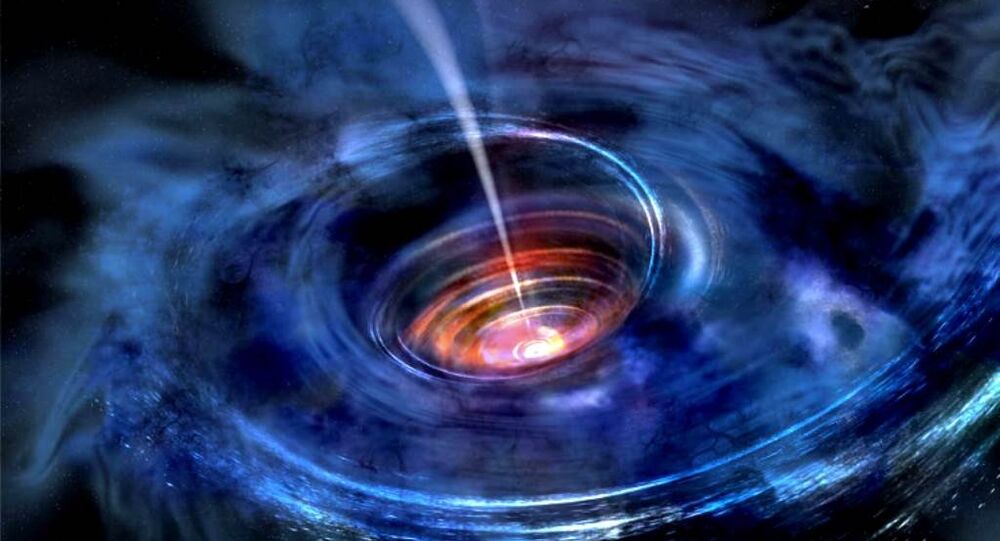 Observations of a low-luminosity black hole demonstrate that it is feeding off spinning matter typically found orbiting around much bigger black holes.

Astronomers using the Hubble Space Telescope have spotted a supermassive black hole that defies current theoretical models about the universe.

An international team of scientists, who published their findings in the Monthly Notices of the Royal Astronomical Society, observed a monster black hole at the heart of NGC 3147, a spiral galaxy located at a relatively close distance of about 130 million light-years in the far northern constellation Draco the Dragon.

Scientists found that there is an accretion disk – a disk-like flow of gas, dust and stellar debris – encircling it at 10 per cent the speed of light, but it shouldn’t be there, according to the existing models for such structures.

The black hole – which is some 250 million times heavier that the sun – is said to be malnourished and fairly dim, and the accretion disk feeding stellar material into it was expected to be thick.

However, NASA said, it appeared thin and looked more like a doughnut than a pancake.

"The type of disk we see is a scaled-down quasar that we did not expect to exist," explained Stefano Bianchi of Università degli Studi Roma Tre. "It's the same type of disk we see in objects that are 1,000 or even 100,000 times more luminous. The predictions of current models for gas dynamics in very faint active galaxies clearly failed.”

“We thought this was the best candidate to confirm that below certain luminosities, the accretion disk doesn't exist anymore,” said Ari Laor of the Haifa-based Technion-Israel Institute of Technology. “What we saw was something completely unexpected. We found gas in motion producing features we can explain only as being produced by material rotating in a thin disk very close to the black hole.”