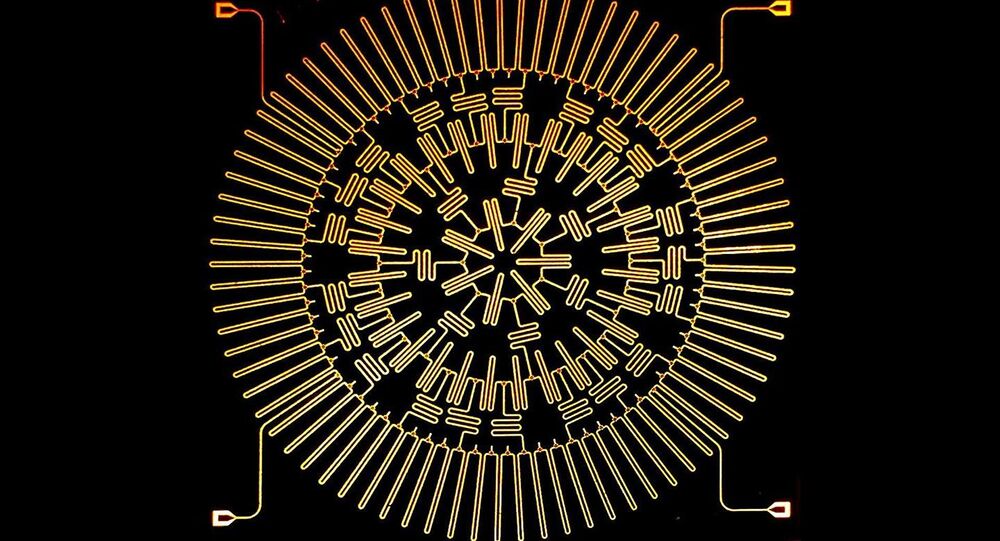 The idea of simulating black holes using computers has been around for at least several years, with Dutch and Chilean theoretical physicists previously theorising on the subject in an academic journal in early 2017. Now, the idea of studying the mysterious phenomenon on computers seems to have come one step closer to reality.

Scientists from Princeton University have created an electronic array fitted aboard a microchip capable of simulating the structure of space-time inside a black hole, Phys.org reports.

Ordinarily, computers are incapable of calculating the behaviour of complex quantum materials and systems, Alicia Kollar, the study's lead author and postdoctoral researcher at the Princeton Center for Complex Materials, explained. The solution, according to the researcher, lies in allowing nature to do the "hard part" of the computations.

"The problem is that if you want to study a very complicated quantum mechanical material, then that computer modelling is very difficult. We're trying to implement a model at the hardware level so that nature does the hard part of the computation for you," she said.

The first results of researchers' work were published in this month's issue of Nature. The custom-built array uses superconducting resonators arranged in a lattice pattern to simulate a hyperbolic plane, the geometric surface in which space curves away from itself at every point. On the centimetre-sized chip, microwave photons can move along the resonators in a heptagonal pattern and interact with one another on a flat, two dimensional plane, but simulate the properties of curved space like that in a black hole by using the special type of resonator known as a 'coplanar wavelength resonator.'

© Kollár et al
Schematic of the resonators on the Harvard scientists' specially-created microchip.

Dr Andrew Houck, a professor of electrical engineering who contributed to the study, said the chip enables researchers to "throw particles together, turn on a very controlled amount of interaction between them, and see the complexity emerge."

"In a normal 3D space, a hyperbolic surface doesn't exist. This material allows us to start to think about mixing quantum mechanics and curved space in a lab setting," Houck added.

According to Kollar, Houck and their colleagues, the next step to further discoveries, including information about the properties of energy and matter trapped in the space time around a black hole, will be to continue developing their photonic material to enable the photons on the circuit to better interact, and to study its mathematical properties. Along with its theoretical importance, the research is said to have tremendous potential for material design.