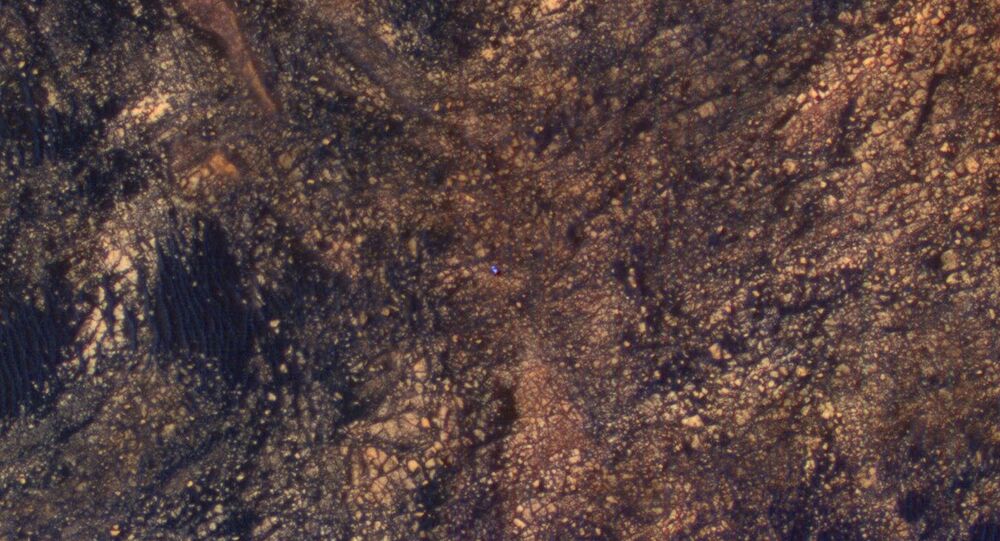 The research showed that sand on Mars moves much slower than on Earth, and that three Martian areas in particular exhibited the strongest sand movement, possibly due to certain key factors they have in common.

Scientists studying the windswept reaches of Mars have recently discovered exactly how Martian sand moves around crevasses and craters which dot the planet’s landscape, and how its movements differ from those of the sand on Earth, Science Alert reports.

"On Mars, there simply is not enough wind energy to move a substantial amount of material around on the surface", said Matthew Chojnacki, planetary scientist at the University of Arizona’s Lunar and Planetary Lab. "It might take two years on Mars to see the same movement you'd typically see in a season on Earth".

In order to determine whether Martian sands were "still actively moving", researchers selected 54 dune fields encompassing 495 individual dunes ranging from 2 to 120 meters in height, and examined the photos taken by the HiRISE camera aboard the Mars Reconnaissance Orbiter over periods between two and five Mars years, in order to gauge dune migration rates and sand volumes.

The results showed that the migration speed of crescent-shaped dunes was merely half a meter per year in average, which is about 50 times slower than some of the Earth's fastest sand dunes.

The researchers also determined that sand movement was "strongest" in three locations — the Syrtis Major Planum volcanic plateau, the Hellespontus Montes mountain range, and the circumpolar ergs of Olympia Undae and Abalos Undae – which have two things in common: stark transitions in topography and surface temperature.

"Those are not factors you would find in terrestrial geology. On Earth, the factors at work are different from Mars. For example, ground water near the surface or plants growing in the area retard dune sand movement", Chojnacki remarked.