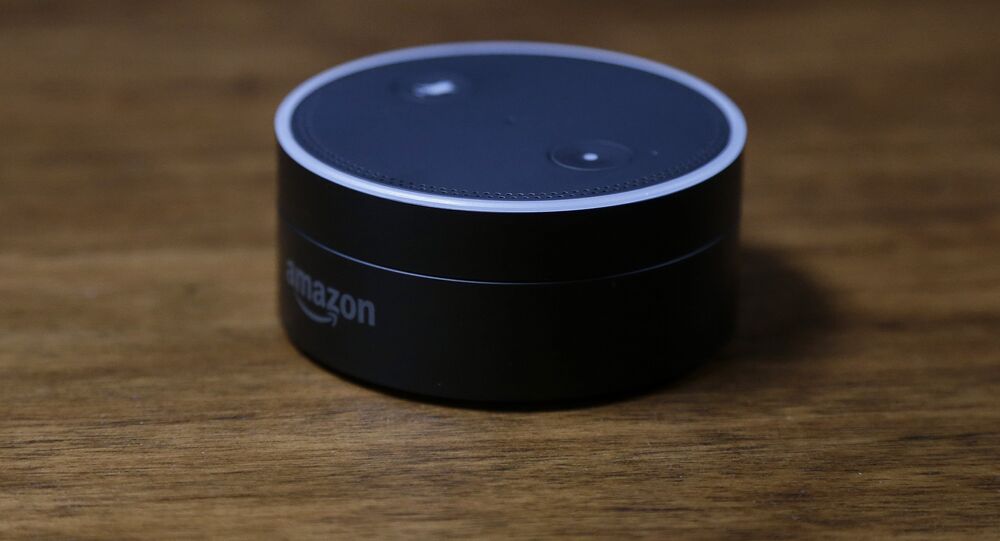 The scandal over Amazon's handling of Alexa user information began earlier this month, after it was revealed that company employees could listen in on what people tell the digital assistant in the privacy of their own homes.

One employee revealed to the business resource that workers could see home and work addresses, as well as the phone numbers customers entered into the Alexa app when setting up the device. If a user shared contacts with Alexa, their name and email address would appear in the Amazon dashboard as well, although that issue was reportedly dealt with recently by covering up some digits of the phone number.

© AP Photo / Jeff Chiu
‘Do You Work For NSA?’: Amazon Employees Listen to You Talking to Alexa - Report
And while there was no indication that Amazon employees or contractors were using the information to track users down for nefarious purposes, two members of the tech team marked their concern with what they described as "unnecessarily broad access to customer data".

When asked to comment, an Amazon spokesperson told Gizmodo that access to Alexa's internal tool data was "highly controlled" and "granted to a limited number of employees", but did not specify how many that "limited number" was, with Bloomberg warning it could be "thousands of employees and contractors, spread across work sites from Boston to Romania and India".

Social media users weren't quite sure what to make of the revelations, with some brushing off the privacy concerns and surrendering, saying it was the price to pay for living in the digital age, with others saying they were not at all surprised.

Breaking News: Amazon knows where you live after you’ve provided them your home address.

It amazes me that people are still surprised by stuff like this.

If people want to listen to my wife and I arguing about dinner, or me telling my 2 year old to not color on the windows, so be it. There's no such thing as privacy in the digital age.

Q: Can you trust Amazon with your data privacy? A: Do pigs fly? #StopTechnocracy https://t.co/DmoPvhQQQw

Others weren't so nonchalant, saying it was bad enough that Alexa could overhear conversations. Finally, some users thanked their lucky stars that they never bought the digital assistant, or its Google Home competitor.

@adrianweckler Having them potentially able to overhear things was problematic enough.

Good thing I’ll never own an Alexa or google home

I am stunned that people have this kind of technology in their homes. 😱😱