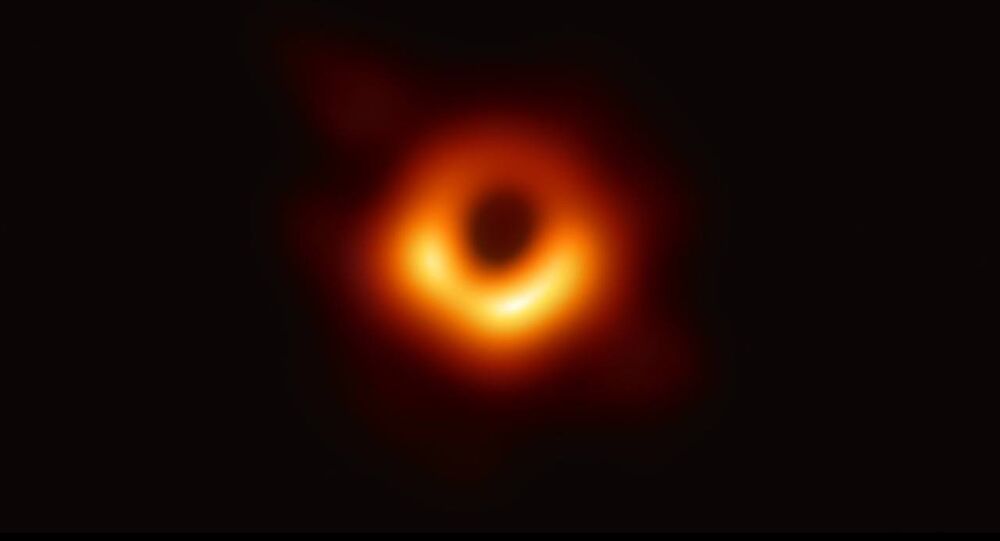 The press event, which presented the results of this groundbreaking research to the public, was held under the auspices of the European Commission, European Research Council, and Event Horizon Telescope project.

In a series of press conferences held simultaneously across the world, an international team of scientists have proudly presented to the public the first-ever photo of a black hole, procured via the Event Horizon Telescope (EHT) project, allowing people to see the hot, shadowy edges of one of these enigmatic celestial bodies.

As researchers explained, while the black hole itself cannot be seen because no light could escape its gravity, one can see a black hole’s shadow produced by a ring of light circling the event horizon.

This is M87* and this the first image of a black hole! Mass is 6.5 Billion suns within size of a solar system. Precious because real. Waited 25 years for this. Dark shadow is where light disappears in #eventhorizon. We see something never seen before. #blackhole #JustWow #EHT pic.twitter.com/3nCosTzyER

​The object of the astronomers' attention is a supermassive black hole located in 50 million lightyears away in a galaxy known as M87.

The event, held on 10 April, was introduced by Carlos Moedas, the European commissioner for research, science and innovation, and other researchers who worked on the project.

The research was conducted by the Event Horizon Telescope project, an international collaboration set up in 2012 to try to directly observe the immediate environment of a black hole using a global network of Earth-based telescopes.