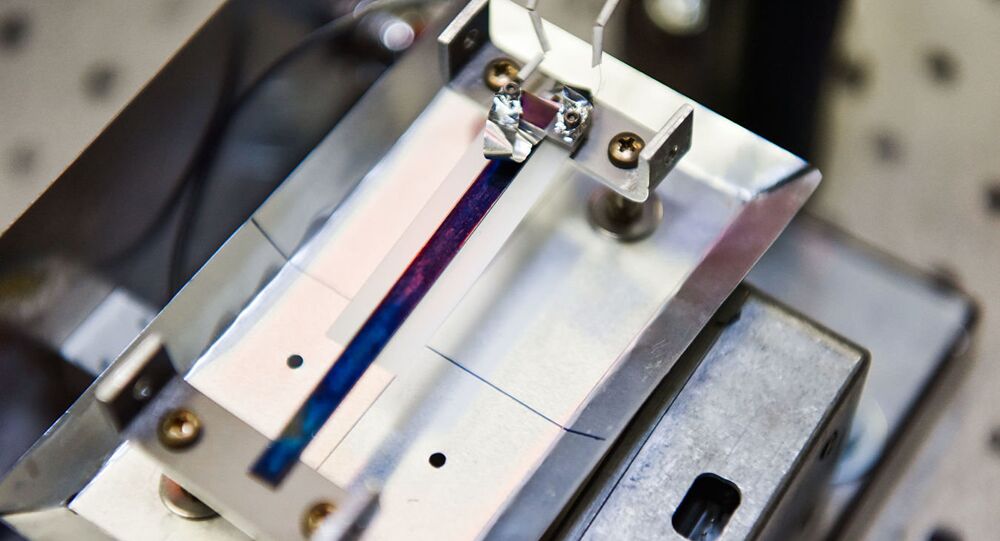 Researchers at the National University of Science and Technology MISiS (NUST MISiS) have recently developed a new type of vibration sensor for monitoring the structural health of buildings, bridges and spacecraft. Their findings were published in the journal Sensors.

The unique new sensor was developed using single-crystalline lithium niobate (which, unlike the PZT ceramics used in other similar sensors, does not contain lead), said Ilya Kubasov of NUST MISiS Department for Materials Science for Semiconductors and Dielectrics.

This will allow manufacturers in the European market to comply with the European Restriction of Hazardous Substances Directive, which foresees the gradual phasing out of the lead in manufacturing, Kubasov said.

"Vibration sensors can be used to monitor the structural health of buildings and bridges by detecting dangerous vibrations, recording the vibrations and signalling the evacuation of people in a timely manner", Kubasov said in an interview with Sputnik representative. "The sensors can also be used in spacecraft and security systems to provide better control over restricted territories or state borders".

© Photo : Pixabay//Gerd Altmann : Particles Head Brain
Scientists REVEAL All Humans Able to Sense Magnetic Fields
The new sensors use the piezoelectric effect to detect vibration. When applying a bending deformation, piezoelectric elements send out electrical signals that can be processed and analyzed by calibrated equipment.

At this point, manufacturers use lead zirconate titanate (PZT) ceramics-based piezoelectric elements, which tend to lose sensitivity upon changes in temperature. The scientists believe that this problem can be solved with lithium niobate (LiNbO3) — a single-crystalline material with fewer grains and higher thermal stability compared with PZT ceramics.

Lithium niobate has been around since the mid-20th century; it is widely used in laser optics. However, few have attempted to use it in vibration sensors due to its weak piezoelectric properties (which are about 10 times weaker than that of the PZT ceramics).

NUST MISiS researchers managed to improve this material's sensitivity to vibrational excitation by forming a so-called bidomain structure inside it.

"We used the heat treatment to change the crystal's properties so that the upper plate appears to be the mirror image of the lower plate", Kubasov explained. "Upon the application of external vibration, the signals produced by the two domains (called ferroelectric domains) add up, significantly increasing the sensor's sensitivity".

© AFP 2020 / ATTILA KISBENEDEK
Russian Scientists Develop Unique Material for Next-Generation Nuclear Reactors
The process for obtaining bidomain crystals was developed at the NUST MISiS Department for Materials Science of Semiconductors and Dielectrics and is now patent protected. Scientists say that the cost of manufacturing this material is only slightly higher than the cost of manufacturing PTZ.

Further development of the new single-crystalline piezoelectric converter-based sensors will bring similar devices' acceleration sensitivity down to 10⁻⁷g (one ten-millionth gravitational acceleration), plus it will significantly expand the range of operating temperatures.