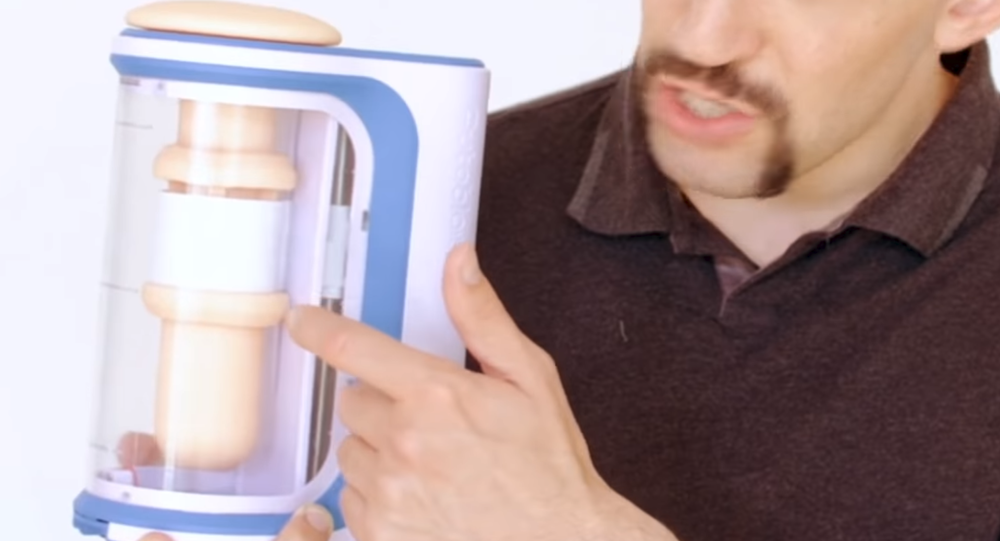 A crowdsourced inventor in Chicago has produced an oral sex robot driven by an artificial intelligence that studied over 100 hours of pornography in order to recreate the perfect technique. Meet Autoblow AI.

© CC0
Ride ‘Em Cowgirl? Sex Robot Brothel Owner Plans to Expand to Houston (PHOTO)
Brian Sloan, the sex toy's developer, told The Sun in an exclusive interview that his design for the AutoBlow AI was based heavily on feedback from a previous invention of his, the Autoblow 2, and in response he "built a new machine that mechanically better replicates the gliding and friction combination of the mouth and hand that men experience during oral sex."

Accordingly, the device has 10 settings for different speeds and styles, including with short pauses to make it maximally realistic.

The device, which requires a plug-socket connection, features an entry point modeled like a female mouth, behind which is a fleshy sleeve into which you insert your member. A microcontroller and infrared and magnetic sensors then manipulate 250 points along a "5-inch-long stroking plane," Sloan told the Sun, to recreate your desired fellative experience.

The AI can learn your favorite settings, too, Sloan notes.

Once the business is done, the sleeve can be removed and cleaned for future use.

The project was crowdfunded in Indiegogo and has collected $210,694 at the time of publication. When the Sun published its interview with Sloan earlier on Friday, the fund had only collected $37,680, roughly $12,000 short of its goal of $50,000.

When the device goes on sale in May 2019, the retail price for an Autoblow AI will be $249, but financial backers of its development can get one for half price.