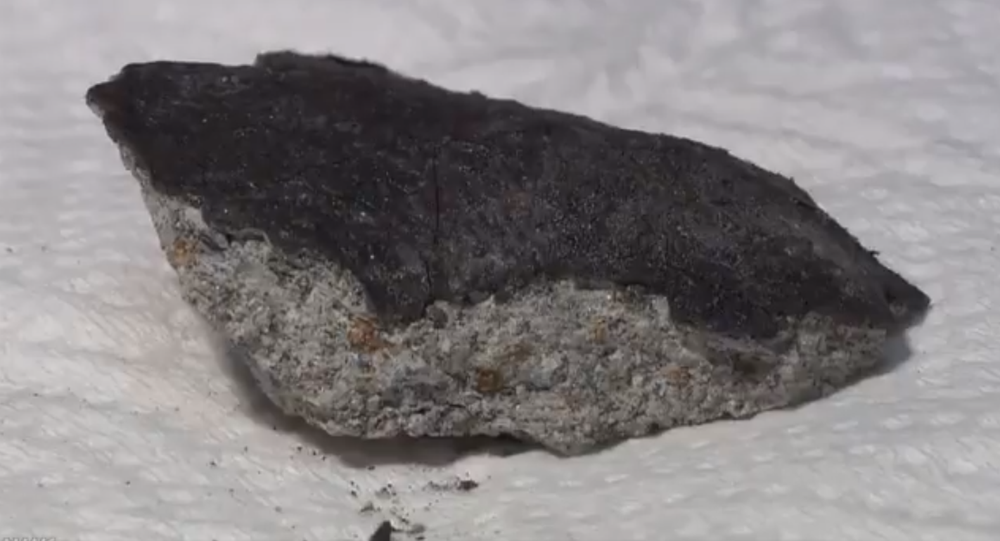 The space rock, which landed on a private home in Komaki, 250 km southwest of Tokyo, split into several pieces before reaching its final destination.

An analysis completed by Japan's State Museum of Science confirmed that the rock, which crashed into our planet on September 26 at about 10:30 pm was indeed a meteorite, Japanese public broadcaster NHK has reported.

The rock, which caused damage to the house's roof and caused a loud noise upon impact, split into at least three pieces after entering Earth's atmosphere. The meteorite bits found in the home's garden, measured 10, 5 and 4 centimeters in diameter, respectively.

The homeowner took the unique rocks to the museum. Calculating that the meteorite bits were an estimated 4.5 billion years old, the museum began the procedure to register the find of the 'Komaki Meteorite' with the International Meteor Organization.

Cases of meteorite fragments falling on residential areas are relatively rare, even though thousands of smaller meteorites fall to Earth every year, most of them landing in uninhabited forests and in the ocean.

© Flickr / Sandia Labs
Scientists in Russia Create 3D Model of 2013 Chelyabinsk Meteor
In 2013, residents of Russia's Chelyabinsk region became acquainted with a much larger space rock, a 10 ton 17-20 meter wide meteor which caused damage to over 7,200 buildings, caused a factory roof to collapse and resulted in nearly 1,500 non-fatal injuries as it entered the planet's atmosphere at 60 times the speed of sound. A two-foot, 300 kg piece of the meteor was later found in a nearby lake.
...
Reddit
Google+
Blogger
Pinterest
StumbleUpon
Telegram
WhatsApp
70

Impact Event: Tunguska Meteorite and Other Space Objects that Have Struck Earth

WATCH Huge Meteorite Burns Away in Sky Over Chinese City