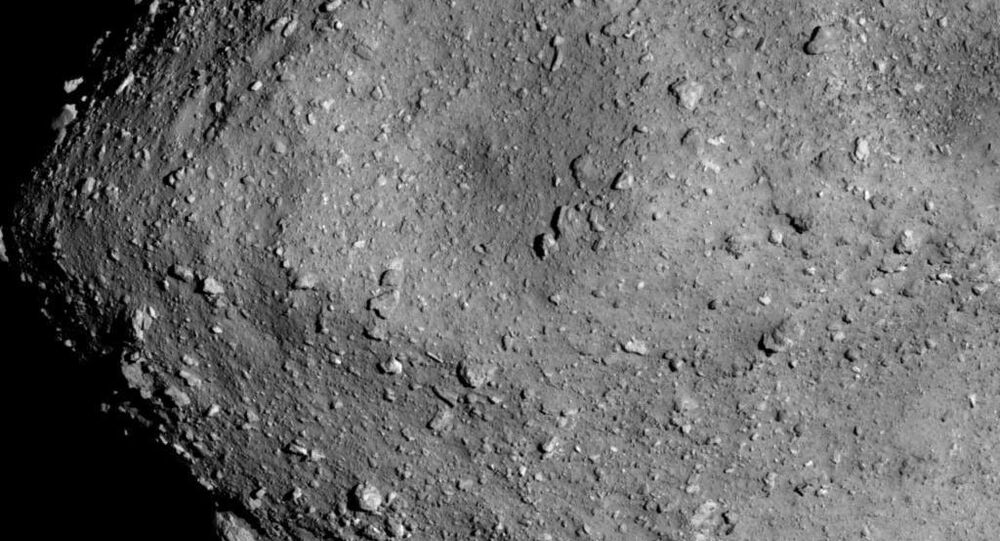 The Mobile Asteroid Surface Scout Lander (MASCOT), a probe created by the German Aerospace Center and France's National Center for Space Studies, captured its first image after successfully touching down on asteroid Ryugu on Wednesday.

The photo, which offers a glimpse at Ryugu's rocky terrain, was snapped during the 20 minutes that it took the lander to reach the asteroid's surface after separating from the Japanese mothership, Hayabusa2, according to a release from the Germany's space agency (DLR), which revealed that the probe was dropped from a height of 167 feet.

​"It could not have gone better," Tra-Mi Ho, MASCOT project manager from the DLR Institute of Space Systems, said of the landing in a statement. "From the lander's telemetry, we were able to see that it separated from the mothercraft, and made contact with the asteroid surface approximately 20 minutes later."

But it wasn't just one photo that MASCOT managed to take during its descent, folks. As it made its way down to Ryugu, the droid's camera, dubbed MASCAM, snapped 20 pictures. Though it's easy to miss, the first picture released from the lander even managed to capture the probe's shadow in the top right corner.

Since landing on the distant asteroid, the lander has been conducting various experiments "non-stop," while working alongside other probes that previously arrived on the rock.

​MASCOT is the third lander to arrive on Ryugu, following in the hops of two small hopping Japanese rovers known as MINERVA-IIA and MINERVA-IIB. Images taken from those rovers were released in late September shortly after they, too, touched down.

​According to Space.com, additional MINERVA landers are expected to be deployed in 2019.