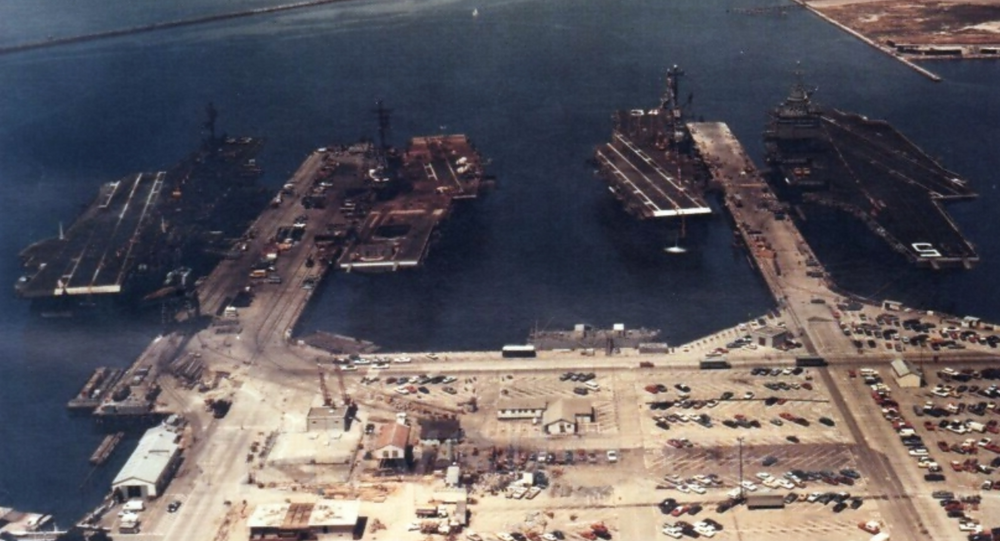 A mysterious satellite-launching rocket spotted at an old naval building in Alameda, California, has caught the attention of residents living nearby in recent months. Now, many are growing more and more concerned about the danger the rocket could pose.

Local California TV news station ABC 7 first reported about the rocket back in February after its Sky 7 chopper managed to capture footage of the equipment being tested. It was then that residents living near the Alameda Naval Air Station realized just how close their homes were to a facility housing a rocket. The station, which played a major role in the US Navy's defense missions from World War II until the Vietnam War, was closed in 1997, according to website Naval Facilities Engineering Command.

"I heard helicopters, and when I look behind me, I see a giant truck with a huge missile on it," Madeleine Tonzi, an employee of the brewery Faction Brewing, told the station at the time. Tonzi had watched then as the vehicle transported the rocket toward the old naval building that was previously used to test jet engines.

​Months since the revelation was made, mystery continues to shroud the events going on inside the facility as the startup company behind the creation, Astra Space, refuses to speak to the media about its work. However, it's not keeping silent when it comes to the City of Alameda.

A lease application submitted to the city officials and later obtained by the station indicates that the company is attempting to create a new generation of small rockets able to launch satellites into space. Documents indicate that the projectile locals have seen can carry up to 100 kilograms.

Although the Alameda Fire Department has kept mum about the work being done at the site, it did tell ABC 7 that Astra is sticking to safety codes.

"This company has been a willing partner of the city and the fire department to operate in a very safe fashion," Alameda Fire Captain Jim Colburn told the station. "We're very pleased in how seriously they've taken their business, and we honestly have no issues at this point with how they are conducting their business."

​Colburn's assurances, however, didn't ease the concerns of those who live near the building.

"I don't know if it's fueled up, is my main concern," Jeremy Rice told ABC 7. "Like I said, I'm really close to it. You can go on YouTube and see a bunch of rockets blowing up, and they don't make small explosions."

The department official did not indicate whether flammable rocket fuel was being stored on the grounds.

Website Space News previously reported in April that Astra Space was authorized by the Office of Commercial Space Transportation to perform a suborbital flight of a vehicle name "Rocket 1" from the Pacific Spaceport Complex — Alaska (PSCA).

A Federal Aviation Administration Notice to Airmen (NOTAM) was published April 3, restricting activity in airspace near the complex from 12 p.m. to 6 p.m. local time on April 5.