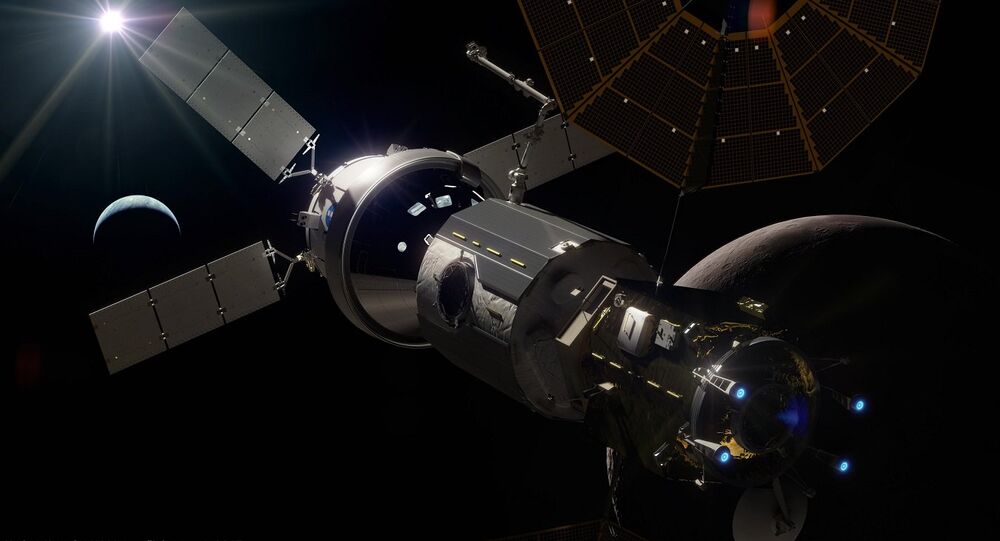 Russia was offered to build an airlock module for discharging cosmonauts on the platform. In April, a source told Sputnik that the Russian side was forced to build the unit under the US standards that ensure the use of only US space suits instead of Russian ones on the platform.

"The delegation of the Roscosmos state corporation took part in the international meeting on discussing the requirements for the lunar orbital platform, which was held in Orlando. Roscosmos reiterated its intentions to be a fully legitimate participant of this project. As a result of this work, the parties agreed to continue cooperation in the creation of the international lunar platform," the space agency’s spokesperson said.

© Photo : Roscosmos/Oleg Artemyev
Ticket to the Moon: SpaceX Names Its First Lunar Passenger
The spokesperson, however, has not specified any plans or tasks of the Russian side under the project.

The meeting of the ISS Exploration Capabilities Study Team (IECST) was held in the United States on September 8-15. During the session, the US side presented a model of the first platform module, the Gateway — Power Propulsion Module, and the emergency rescue system for the Orion Moon mission spacecraft.

Moreover, the name of the platform was changed to the Gateway, from the Gateway — Lunar Orbital Platform.

During the meeting, the plans for building the platform were also revised. The first module is planned to be launched in 2022. In 2023, the ESPRIT fuel storage module, planned to be built by international partners, and the US Utilization Module are scheduled to be launched. The logistics module and the mechanism for moving cargo along the platform are planned brought to the orbit on the same year.

NASA handout
Lunar Orbital Platform Gateway is First Step Towards Mars – ESA Coordinator
In 2024-25, an international and US living units are planned to be launched.

The Gateway Formulation Sync Review (FSR) was also set up during the forum to replace the IECST.

Roscosmos and the US National Aeronautics and Space Administration (NASA) signed a memorandum on cooperation on the lunar orbital station in September 2017.