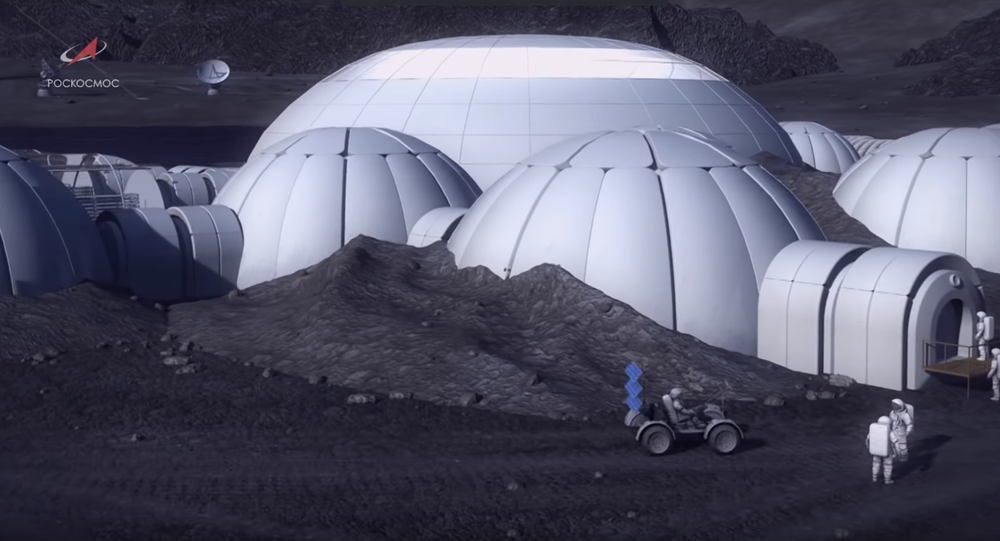 The television studio of Roscosmos, the space industry giant responsible for Russia's space flight program, has released a treasure trove of video materials on its plans for the near future. For the benefit of its English-speaking readers, Sputnik has translated, adapted and published videos detailing the company's most ambitious projects.

Russia's Institute of Space Medicine is engaged in an experimental program, known as Selena-F, studying the adaptation of the human organism to life on the moon. The study, which includes about 20 elements, is aimed, first and foremost, at finding out how a person's cardio-vascular and musculoskeletal system are affected by lunar gravity over the long term.

In the video, Russian Institute of Space Medicine director Dr. Viktor Baranov explains why the institute's work will not only help advance the fields of space medicine and psychology, but also assist engineers in creating spacesuits for work on the Moon.

In a second video, Roscosmos-affiliated scientists offer insights into the Russian space industry's vision of the colonization of our lunar satellite. This includes a fascinating explanation by Dr. Igor Mitrofanov, the head of the Nuclear Planetology Department of the Russian Space Research Institute, on the significance of the water buried under the Moon's surface, and Russian plans to extract it.

Pointing out that this frozen water is likely to contain traces of interplanetary and even interstellar materials, Dr. Mitrofanov emphasizes that "its study and delivery to Earth for study…may help us, someday, to uncover the secret of the appearance of life on Earth." Furthermore, he notes, water is the crucial first building block not only of lunar life support systems, but also for the hydrogen fuel which will power future spaceships.

Anton Pogrebnoy, an engineer from the center for manned programs at TsNIIMash, a subsidiary of Roscosmos, provides details on Russia's ambitious plans to use metals separated in the moon's soil to 3D print the components necessary for the colony's operation on the Moon itself.

We'll Be Back Venus!

Roscosmos's video materials also include a clip providing fascinating insights into a joint Russian-US program to come back to Venus, known as Venera-D. Viktor Vorontsov, chief designer of the Venera-D project at NPO Lavochkina, an aerospace company specializing in the manufacture of rocketry components and interplanetary probes, offers details on the rigorous requirements of the new Venus program, which includes orbital vehicles, landers, and atmospheric probes designed to last for days at a time in the grueling conditions in Venus's atmosphere and on the planet's surface.

Finally, looking into the more distant future, young space scientists from Russia and around the world have come up with a vision of a permanent interplanetary space station designed to be stationed over the atmosphere of the gas giant planets in our solar system, including Saturn, Uranus and Neptune.

In the video, Vladimir Igritsky, a professor at the Rocket Launch Systems Department at Bauman University and the student program's academic supervisor, points out that along with Venus, the gas planets' atmospheres are really among the very few places in our vast solar system where gravity similar enough to Earth's to sustain human life is present.

Mars Attacks! Brief List of Perils the Mission to Red Planet Would Have to Brave