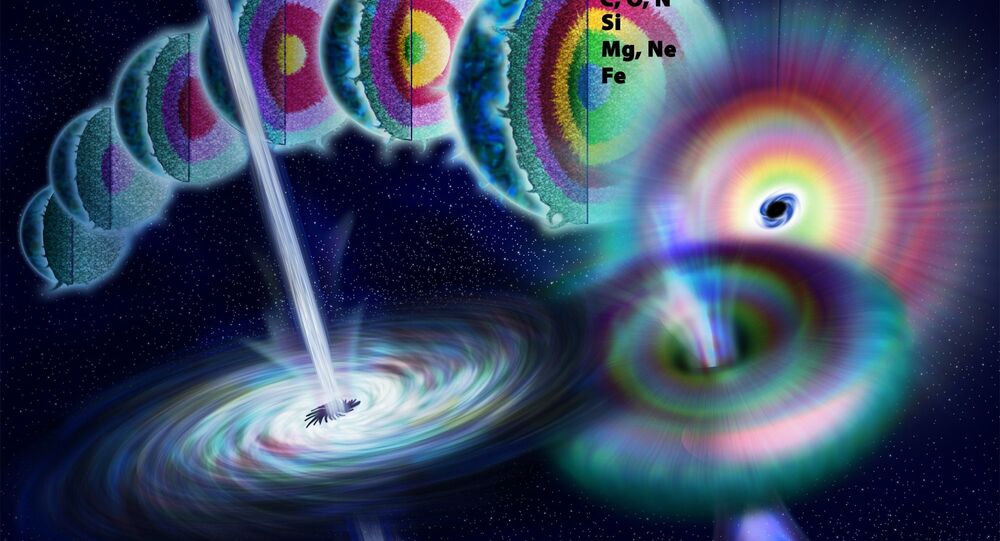 Astrophysics researchers from the University of Charleston, South Carolina, led by Dr. Jon Hakkila have discovered an anomaly in the behavior of the light curves of extremely powerful gamma-ray bursts, which they say exhibit complex, time-reversible wavelike structures.

© NASA
Scientists Prove Einstein’s Black Hole Theory After Decades-Long Observation
Further analysis confirmed the correctness of their calculations, indicating the possible existence of processes that are not yet known to science.

Dr. Hakkila and his team said this phenomenon was not necessarily evidence of the violation of the laws of causality and could be an indication, for example, of a blast wave or clump of particles radiating outwards while being reflected within the expanding gamma-ray burst jet as it moves through a symmetric distribution of clouds.

In any case, given that the phenomenon has not been predicted by existing theoretical models, with further research, the discovery is expected to provide astrophysicists with a better understanding of the final moments of massive stars and the processes accompanying the formation of black holes.

Hakkila et al's research, published in the August edition of The Astrophysical Journal, can be found here.