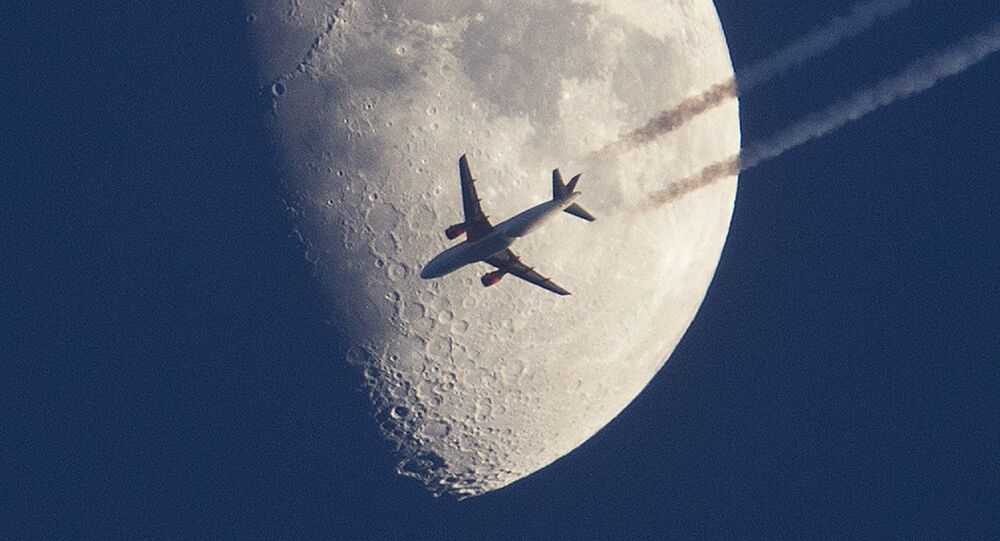 On Tuesday, Israel announced that it will launch an unmanned spacecraft for its first lunar mission in December 2018, which is expected to land on the moon two months later, on February 13, 2019.

If successful, Israel would become the fourth country to place an object on Earth's only natural satellite.

The spacecraft was developed by SpaceIL, an Israeli nonprofit working to promote scientific and technological education in the country and state-owned Israel Aerospace Industries (IAI) as part of their participation in Google's Lunar XPrize competition. The grand winner of the competition — the first privately-funded team to successfully place a spacecraft on the moon's surface and transmit high-definition video and images back to Earth — will be offered $20 million, once they complete all objects of the mission.

During a Tuesday media event at the IAI's space technology site in Yehud, Israel, the project managers announced that the $95 million spacecraft took eight years to build. The aircraft, which stands at about four feet high and is 6.5 feet in diameter, will reach a maximum speed of about 22,370 miles per hour. It also only weighs around 1,300 pounds, which would make it the smallest craft to make it to the moon, if it does so.

"We will put the Israeli flag on the moon," said Ido Anteby, chief executive officer of SpaceIL, during the news conference, the Jerusalem Post reported Wednesday.

"As soon as the spacecraft reaches the landing point it will be completely autonomous," Anteby said. "The motor will brake the craft and it will reach the ground at zero speed for a soft landing… during the landing, the craft will photograph the landing area with stills and video and even record itself," Anteby said.

The craft is to be launched from Cape Canaveral, Florida, aboard a SpaceX Falcon 9 rocket. It is expected to detach from the Falcon around 37,000 miles above Earth before it is seized by the moon's gravity.

The aircraft will travel at a speed 13 times faster than the maximum speed of an F-15 fighter jet and will traverse approximately 9 million kilometers during its two-day journey to the moon once it is disconnected from the Falcon, the project managers said. In addition to taking photos and videos of the landing site, a magnetometer on the spacecraft is expected to also measure the moon's magnetic field.

It's unclear what the spacecraft will be doing between its arrival in lunar orbit and the probe's landing on the surface.

Morris Khan, an Israeli billionaire and the president of SpaceIL, who donated $27 million to the project, expressed his excitement during the event Tuesday.

"This is a tremendous project. When the rocket is launched into space, we will all remember where we were when Israel landed on the moon," Khan said.

"The path to the moon is not easy. It is a very complicated route. The cooperation between SpaceIL and IAI is an example of the amazing abilities that can be reached in civil space activities — activities that combine education technology, industry, knowledge and a lot of initiative," Weiss added.

To date, only three countries have landed on the moon. Russia was the first to do so in February 1966 with their Luna 9 probe. During the same year, the US followed suit with Surveyor 1. The Chinese then landed the Chang'e 2 craft in 2013.