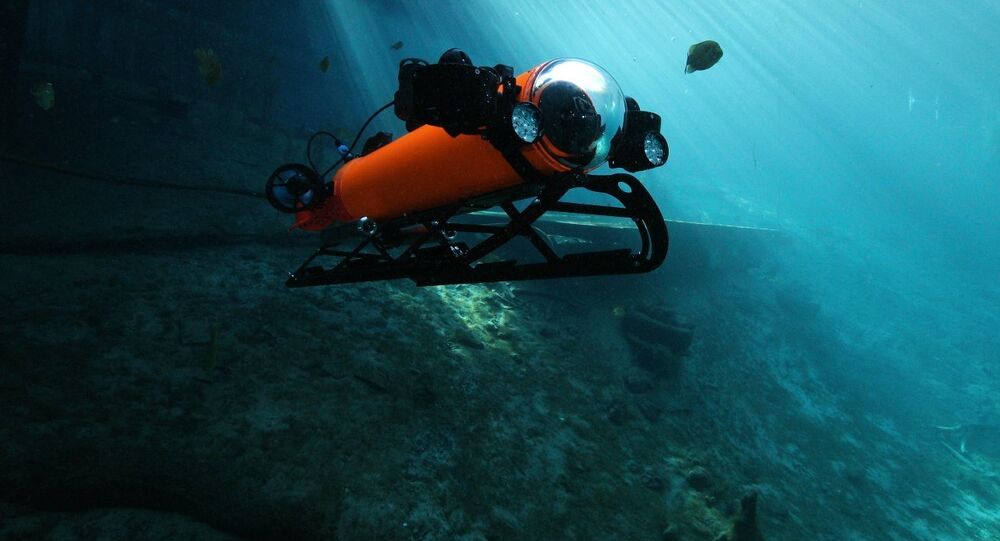 Military swarming is a combat tactic intended to overwhelm or saturate the defenses of the target. When it comes to maritime defense and aquatic robotics, more is more, rather than less, as groups of smart drones operating in a swarm can be invaluable both on and below the sea surface.

Weighing just under two kilos and deployable in groups for synoptic data gathering, a new model of micro unmanned surface vehicles (USV) and unmanned underwater vehicles (UUV) has been released by an Australian-US company Aquabotix.

SwarmDivers — as the drones are called — can function simultaneously as a single coordinated entity. They can be easily controlled via one operator on the surface and perform dives on command to collect valuable intelligence.

The mini unmanned vehicles, invaluable in their military and security applications, can dive to up to 50 meters and send wireless data feedback upon surfacing. They are equipped with high accuracy temperature (+/-0.1 degrees Celsius) and pressure sensors (+/- 2cm depth), as well as multi-constellation GPS for +/-1m location accuracy.

The company is not the first to research applications of swarm robotics. In 2016, researchers from the Institute of Telecommunications at University Institute of Lisbon and the University of Lisbon in Portugal, studied the cooperative approach and demonstrated a swarm of intelligent aquatic surface robots are able to operate together to complete different tasks.

As aquatic drones become more advanced, their role in enhancing navy ships grows, as well as their potential to provide a less costly and life-endangering alternative in various defense operations. In other words, sea robots could act as auxiliary fleets.

Based on Darwinian evolution, each robot is given a set of guidelines on how to operate in relationship to one another, as well as tasks such as coordinated motion, chain formation, aggregation, flocking, hole avoidance, social learning and others.

The downside, of course, being the scenario where the swarm fails, whether due to technological or programming defects. While the level of navy's dependence on aquatic drones and reliability on the bots' autonomy and robustness grows, so do the risks pertaining to their largely untested long-term state of serviceability.