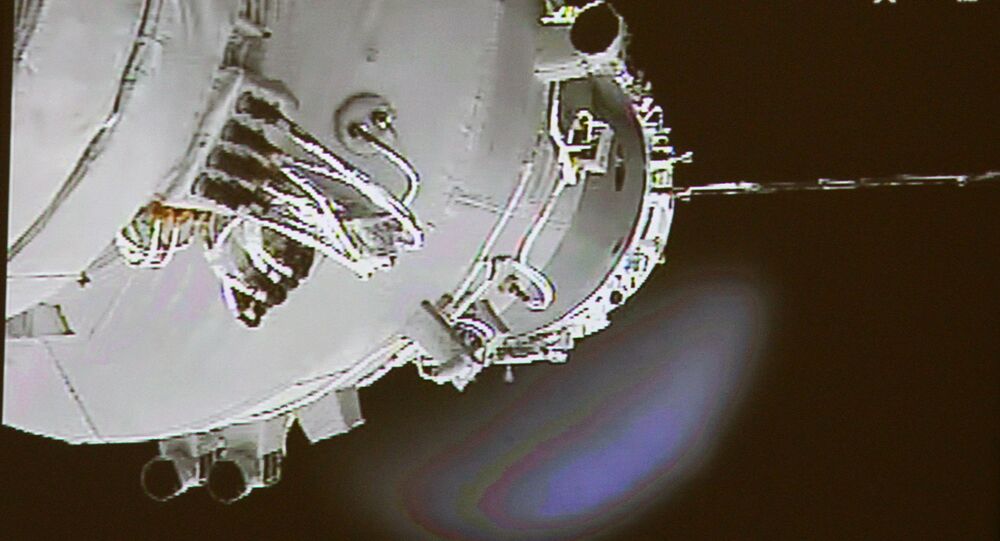 Easter Sunday is typically about rising, but this April 1 everyone will be thinking about falling: China’s first space station is expected to plummet back to Earth in a fireball on Sunday.

While the heavens may not be falling figuratively, they literally are. China's 19,000-pound Tiangong-1, or Heavenly Palace-1, will be burning up in the atmosphere in an "uncontrolled reentry," which basically means that scientists can't stop it, over the weekend, although scientists caution that predicting uncontrolled re-entries is notoriously difficult.

Tiangong-1 ranks high among the largest man-made objects to plummet uncontrollably towards Earth, surpassed by only a small handful which have all crashed down on the Earth's surface without major catastrophe.

Cities including Beijing, Istanbul, Tokyo, New York and just about every other major city in the United States sit directly in Tiangong-1's projected path.

While much of the spacecraft is expected to burn up in the atmosphere, the parts that don't will pose potential problems.

Don't worry about practicing your dodging reflexes, though. According to the European Space Agency's blog, the chance of getting hit by a piece of space debris is 10 million times smaller than the yearly chance you'll get struck by lightning.

Aerospace, a research organization that advises the government and private companies on space missions, notes that there is only a single documented case of space debris striking a person: Lottie Williams, a woman from Tulsa, Oklahoma, was hit by a small piece of a rocket during the Midcourse Space Experiment launch in 1997. She was unharmed by it.

The real potential for danger comes not so much from plummeting debris but from some of the substances on board, Aerospace points out.

"Potentially, there may be a highly toxic and corrosive substance called hydrazine on board the spacecraft that could survive reentry. For your safety, do not touch any debris you may find on the ground nor inhale vapors it may emit," the company advises on their website.

Hydrazine is a highly volatile chemical with powerful reducing properties. It's used in rocket fuels and is thought to cause cancer in humans. It probably won't pose us a huge issue in an open atmosphere, though. Hydrazine "rapidly degrades in the environment," according to the EPA.

Tiangong-1 launched on September 29, 2011. It was China's first prototype station and functioned both as a laboratory and experimental testbed for future space stations, divided into two respective modules. On board, there are two sleep stations and a total habitable volume of 15 cubic meters. During its two-year lifespan, two manned and one unmanned mission successfully docked with the station, with one mission including China's first two female astronauts. China hasn't been able to control the station since 2016, three years after the spacecraft's life expectancy had passed.

Space enthusiasts will of course remember the infamous Skylab station, which crashed to Earth with the world's attention fixed firmly on it. The 170,000-pound space station failed to launch correctly but underwent repairs while in space — a major first in space-station upkeep. When it failed again and came crashing down a few years later, people across the world reacted by buying Skylab-themed merchandise. The San Francisco Examiner offered $10,000 for any piece of debris delivered to them. Esperance, a beach town in Australia, fined the US for $400 over littering, which the agency never paid. Esperance did get their due when radio host Scott Barley raised the funds and paid it off in 2009, 30 years after the initial debt.