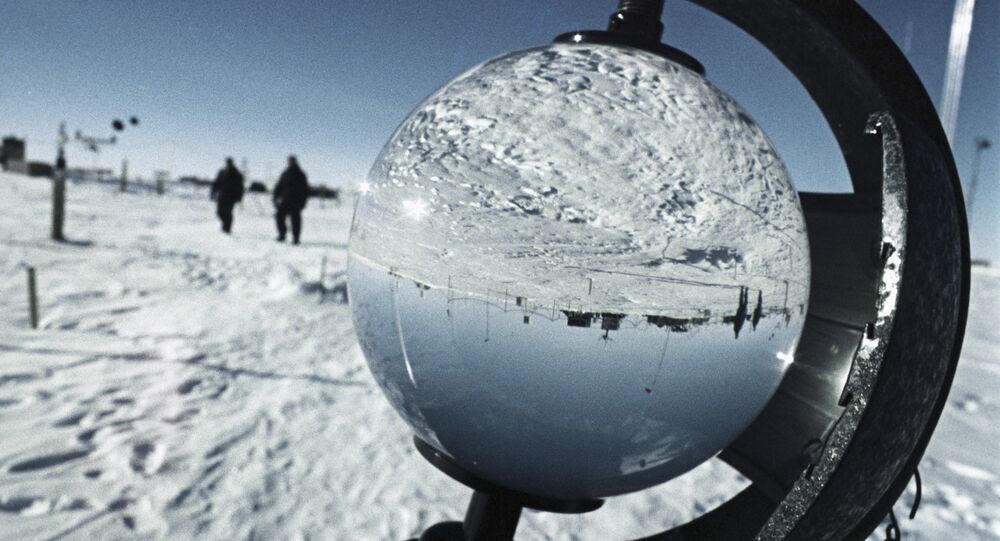 According to the scientists, studies of the ancient ice will allow them to clarify the climatic characteristics of our planet's past, and to predict future climactic changes.

The samples were gathered during the ongoing 63rd Russian Antarctic Expedition, which kicked off last October and is expected to wrap up in May.

In a press release, the State Petersburg State University confirmed that the ancient ice, collected at Vostok Station, the Russian research station based in inland Princess Elizabeth Land, Antarctica, would be delivered to the Academic Fedorov research vessel in the coming days, where they will be stored in a special freezer.

© Sputnik / Maria Nikitich
General Frost Strikes Back! Siberian Chill Makes Antarctica Look Like Tropical Beach
In the spring, when the ship returns to St. Petersburg, the ice cores will be sent to the Arctic and Antarctic Research Institute's laboratory on climate change and the environment. There, scientists will study the ice's gas and isotopic composition.

According to the University, a total of half a metric ton's worth of ice has been gathered, and will be delivered to the researchers back in Russia.

Antarctica is known to contain the oldest ice on Earth. Scientists say this ancient ice contains clues on what life on Earth may have been like hundreds of thousands and even millions of years ago, containing information on what may have triggered phenomena such as the ice ages, for example. Undisturbed by the traditional patterns of the climate cycle, Antarctica's many layers of accumulated ice allow researchers to discover the surging and ebbing of greenhouse gases over the space of many, many thousands of years.