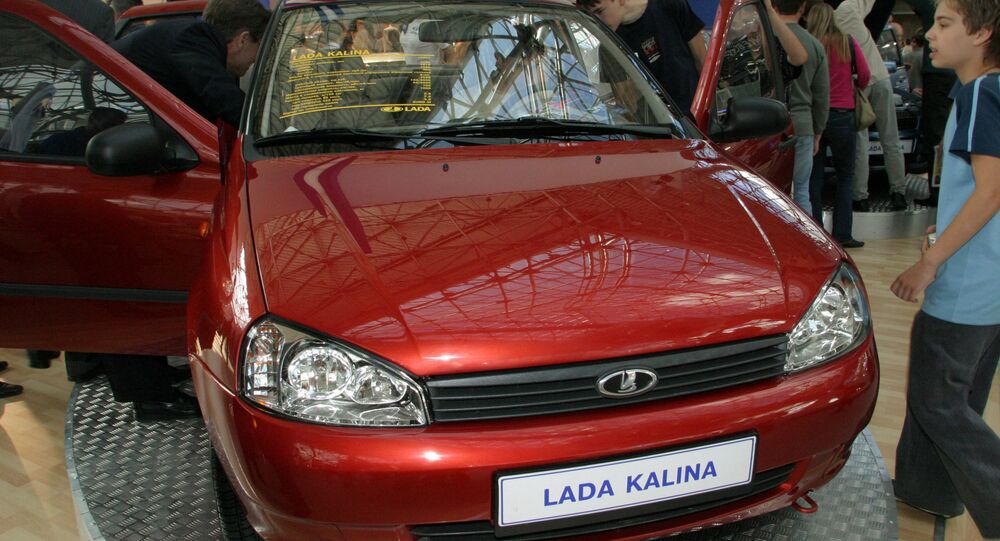 Engineers have transformed an old station wagon, produced by the country’s major automobile manufacturer AvtoVAZ, into a powerful unmanned car with computer vision.

The creative minds of the State Research Center of the Russian Federation (NAMI) have recently presented their own version of a driverless electric eco-vehicle.

Based on the old version of the Lada Kalina SW, which have been produced since 2007 by Tolyatti-based AvtoVAZ, the electric car is equipped with a propulsion system with an output of 98 horsepower (72.4 kilowatts). It also features a 50-horsepower (37.2-kilowatts) regenerative braking mechanism, which means it can reuse the energy produced during braking to recharge the batteries.

© REUTERS / Aaron Josefczyk
Uber Buys Thousands of Volvo Cars to Set Up Driverless Armada
The prototype can run some 50 kilometers without running out of juice, and can reach a top speed of 120 kilometers per hour. The autonomous control system can switch the propulsion system on and off, drive the vehicle at speeds up to 60 kilometers per hour, and recognize turns, obstacles, road signs and markings. In addition, the driverless vehicle controls the horn and the lights.

According to the official website of the center, the project was aimed at the "development of a working model of a multifunctional unmanned civil motor vehicle" and "verification of the main technical solutions."