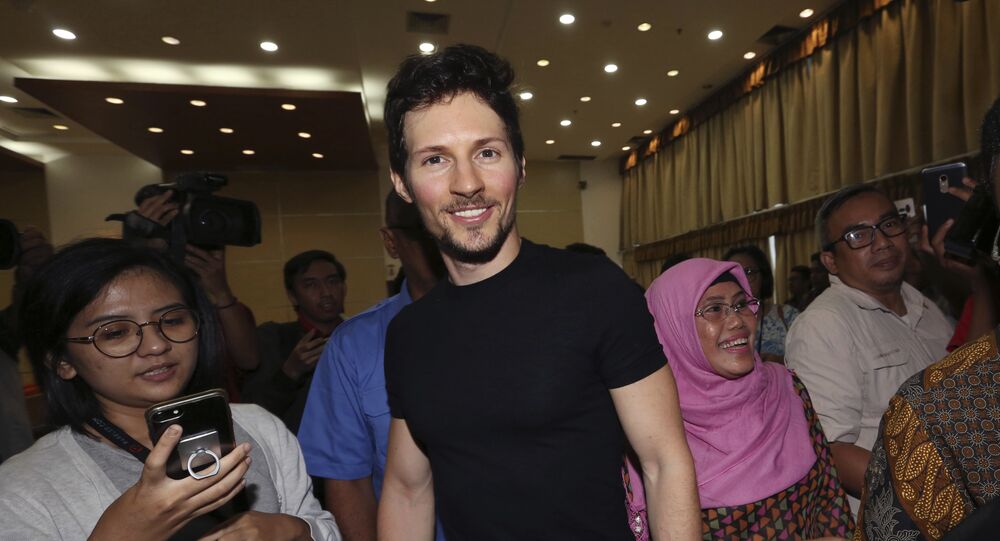 It seems like all the tech savvy entrepreneurs took a calculated risk and invested into Bitcoin years ago, and Russian tech genius Pavel Durov is no exception.

In an interview with Bloomberg, the 33 year-old entrepreneur, said that about four years ago he bought 2,000 Bitcoins at a price of $750 per coin.

The total investment amounted to $1.5 million. In December, the value of the entrepreneur's crypto-currency portfolio exceeded $35 million.

Durov who has moved to Dubai and has a new office on the 23rd floor of a skyscraper in Dubai Media City earlier said that the arrival of Bitcoin is a chance for the global financial system to exit from the US hegemony.

In his recent interview with Bloomberg Durov said that he is optimistic about Bitcoin because it’s “digital gold.”

© Sputnik / Vladimir Astapkovich
VK, Telegram Founder Says Bitcoin to Help Global Financial System Escape From US Hegemony
According to him it is particularly stimulating when something “completely unpredictable” happens — “like right now, the entire blockchain and cryptocurrency community just switched to Telegram,” Durov said.

The tech genius created the encrypted messenger, Telegram, which he calls hack-proof. The messenger already has about 180 million users, including 40 million in Iran alone.

Meanwhile, Bitcoin set a new record at $18,000 last week. Some countries have already opened their markets for the crypto-currencies.