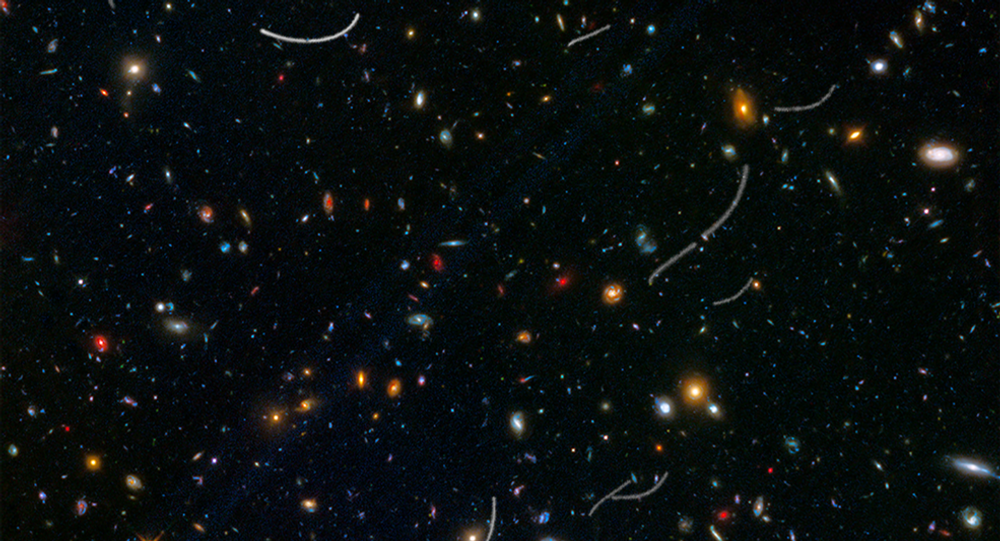 Bridge Between Worlds: Alien Life May Have Colonized Earth Millions of Years Ago

It's possible that all life on Earth may have begun after tiny alien life forms traveled to the barren planet on a stream of space dust, a new study by astronomers from the University of Edinburgh has concluded.

The study, led by University of Edinburgh School of Physics and Astronomy professor Arjun Berera, hypothesizes that strong currents of cosmic dust, moving at speeds up to 70 kilometers a second, can carry tiny living organisms capable of surviving the ravages of space to other planets.

The space dust hypothesis adds to the existing theory, long held by astronomers, that asteroid or comet impacts are the most likely if not only natural method for carrying life long distances between planets.

© CC BY 2.0 / Katexic Clippings Newsletter / 3D-Printed Tardigrade
Some bacteria, plants, and small organisms known as tardigrades, pictured above, are believed capable of surviving for long periods of time in open space.
© Photo : ESO/M. Kornmesser
'Weird and Exceptional': ESO Astronomer Talks to Sputnik About 'Scout' Asteroid
The theory, known as panspermia, has exciting implications about alien life, including the possible origins of life on Earth. An estimated 100,000 kilograms of space dust falls on our planet every day.

In a press release, Dr. Berera said that "the proposition that space dust collisions could propel organisms over enormous distances between planets raises some exciting prospects of how life and the atmospheres of planets originated."

"The streaming of fast space dust is found throughout planetary systems and could be a common factor in proliferating life," he added.