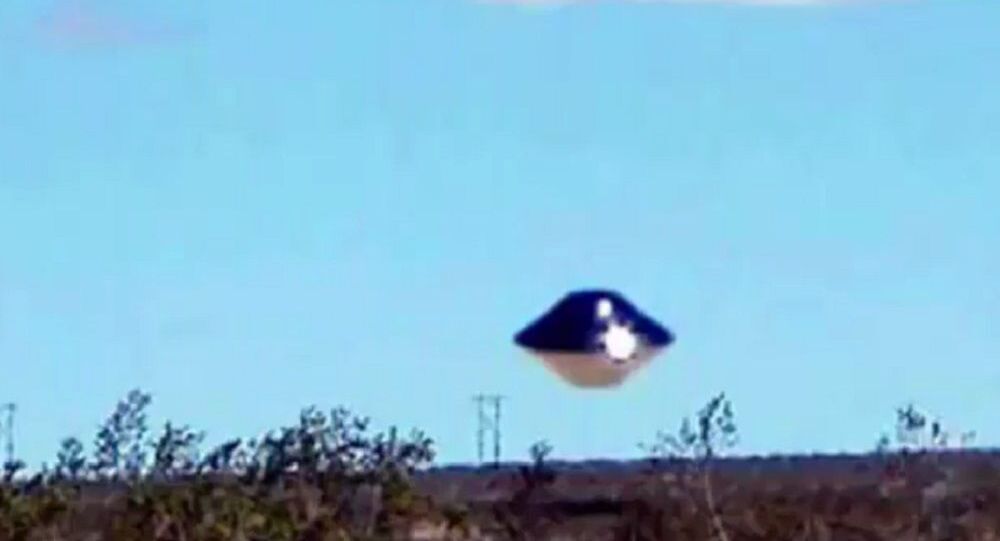 Remarkable pictures of what appears to be an alien spacecraft hovering over the Naval Air Weapons Station China Lake in California have the UFO community mesmerized.

The pictures were reportedly taken by Keith Bradshaw in 2007, but he was too nervous to reveal them to the world until this week. Bradshaw claims that he went out to the desert after an old friend working on the base told him about the mysterious sighting.

"This thing would wobble along close to the ground, very unstable," he told the Daily Star.

"Then it would freeze in position, go up to a certain height and sit there for a few minutes, perfectly still. It made no noise that I could hear."

Bradshaw also claims to have heard a helicopter as he walked toward the base, before seeing the silver craft. He watched the UFO for approximately 10 minutes and noticed the military helicopter flying around near the craft at the same time.

"I don't believe anyone could have been riding on the inside, but I got the idea the helicopter was somehow remotely controlling it," he said.

"It looked like whoever was controlling it was having fun with it, sometimes because they would do little tricks with it."

Bradshaw sent his pictures to the world's top UFO experts, who are unsure whether the photos are real or not.

British UFO hunter Philip Mantle said, "This could turn out to be one of the most controversial UFO photo cases on record," adding that he has never seen anything like the images in his more than 40 years of research.

"The photo analysts contacts cannot come to an agreement about these photos. Are they fake or genuine? Who knows."

Jason Gleaves, a former Royal Air Force and current British defence contractor with BAE Systems, believes the sighting could be real, according to the Daily Star.