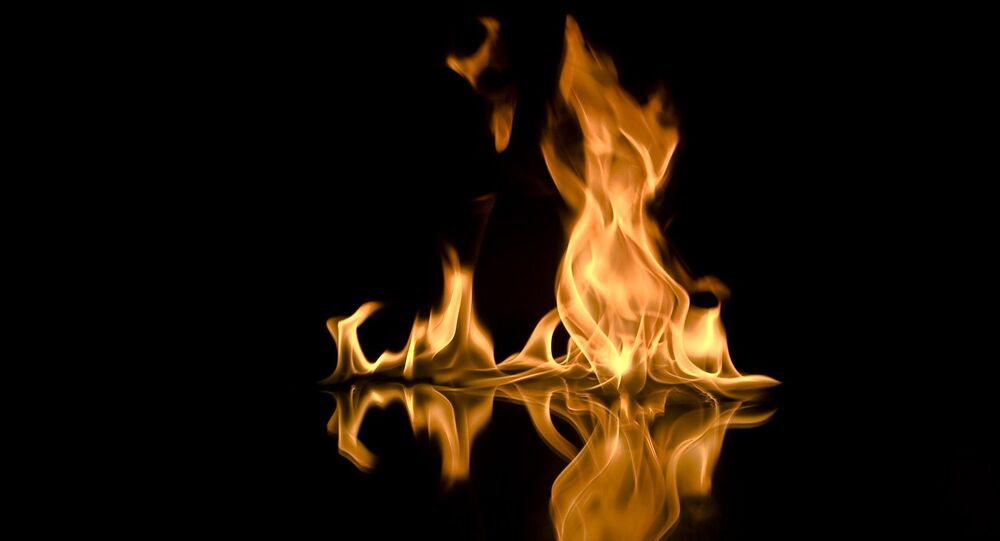 Researchers at MEPhI National Research Nuclear University have developed a prototype of a device that can detect hydrogen gas without using thermochemical sensors. An article detailing this research, supported by the Russian Ministry of Education and Science, was published in the Technical Physics Letters journal.

When mixed with oxygen, hydrogen turns into an explosive gas. So, researchers are developing various hydrogen sensors that can function under difficult operational conditions (high temperatures or gas concentrations, for example).

To detect hydrogen in gas mixtures with oxygen content, thermochemical sensors are traditionally used. When hydrogen oxidation reacts with the platinum surface in a mixture of air and hydrogen, the surface becomes hotter. Thermochemical sensors register this change in temperatures, detecting the presence of hydrogen in the mixture, and the amount as well. Such thermoelements, however, are rather large, making it difficult to apply multifunctional sensors on one chip. Thus, researchers are eager to develop "inner" reserves of thin-film structures created on single-crystal silicon carbide substrates, that is, to learn how one can do without external voltage sources, using only measurable changes in material properties for detection.

Researchers at MEPhI decided to study the way the properties of a MOSiC structure (metal-oxide-silicon carbide) change depending on the hydrogen content in the air. They applied two films to a silicon carbide plate (15 x 15 mm, 400 micrometers thick): a "working" tungsten oxide film, which is sensitive to the presence of hydrogen (200 nano-meters thick) and a platinum film (10 nano-meters thick) designed to accelerate chemical reactions. Researchers attached a contact for current collection on the back side of the plate.

© REUTERS / Stefan Wermuth
Russian Scientists Create Nano-Sized Antidote Against Most Lethal Toxic Gases
The sample was installed on a special heating device to provide a constant temperature. The process of sample heating simulated the sensor's operating conditions in a real system. Stabilizing the temperature ensured the strict separation of effects in the sensor caused by changes of temperature and exposure to hydrogen. A sapphire plate with a deposited layer of gold was used between the sample and the heater to insulate the rear contact from external electromagnetic influences. Both the heating device and the sample were placed in a spacious stainless steel chamber, where it was possible to create an air-hydrogen mixture with a controlled concentration of hydrogen.

For hydrogen detection, researchers measured the electric signal being stimulated between two sides of the plate: a gas sensitive signal (made of tungsten oxide) and a rear side signal. The introduction of a 2 percent concentration of hydrogen into the air caused a 15-fold increase in the signal, which was a noticeably better result compared to the one achieved with the same system based on the traditional detection method. This traditional method relies on measuring the current flowing through the structure while changing the applied external voltage. The new method will measure the current flowing through the plate from the "front" side to the "rear" side, without applying an external voltage. The new MOSiC structure functioned equally well without the expensive platinum catalytic middle layer, while the intensity of the hydrogen detection signal was enough for it to be used in practice without using external voltage sources.

"The speed and extent of the response to the hydrogen show us that the discovered effect can be used for creating high-temperature hydrogen sensors on silicon carbide. The structural, chemical and electrophysical properties of the obtained films undergo serious changes upon contact with hydrogen molecules, especially at high (up to 500 °С) temperatures. The multifactor changes in the metal oxide film exposed to hydrogen are followed by the generation of an electrical impulse registered between the gas-sensitive and the rear sides of the semiconductor silicon carbide plate," said professor Vyacheslav Fominsky, one of the authors and chief research associate at MEPhI's Institute of Laser and Plasma Technologies.

The detection of hydrogen and other explosive gases under operational conditions complicated by high temperatures or gas concentrations is a relevant issue for science and many branches of industry as well. According to researchers, the new development will allow them to produce effective systems for the detection of not only hydrogen, but other explosive gases, too.