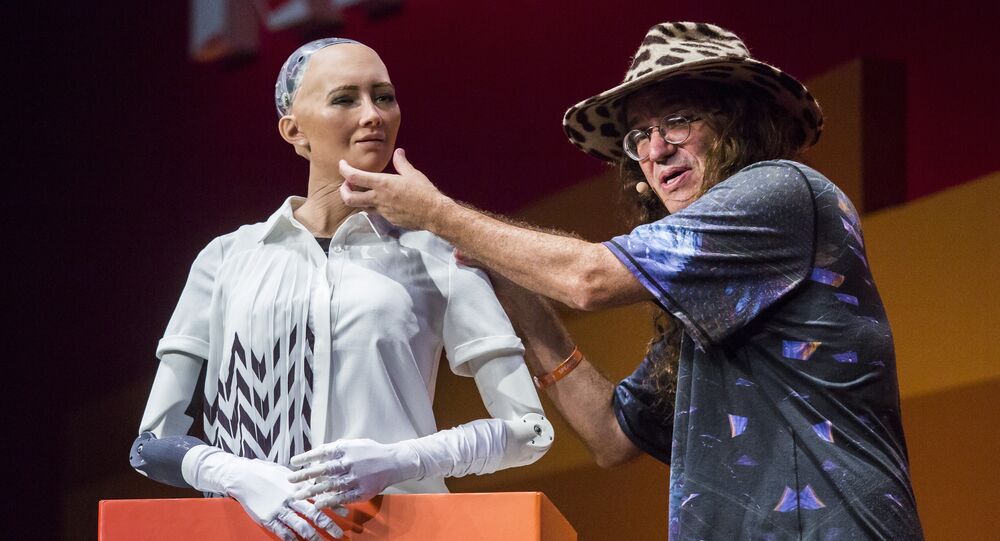 One small step for an android, one giant leap for humanoid "civilization"! American actress Audrey Hepburn's mechanical look-alike has just obtained civic rights in the Kingdom.

The artificially intelligent machine, named Sophia, moderated a session at the Future Investment Initiative conference this week in Riyadh, when it got an unexpected proposal. The western-like robotic female appeared on stage without a full-length black abaya, the compulsory covering that Saudi women must wear in everyday life.

"I am very honored and proud for this unique distinction,” Sophia, created by Hong Kong company Hanson Robotics, replied onstage. “It is historic to be the first robot in the world to be recognized with citizenship."

A robot has just been granted citizenship of Saudi Arabia https://t.co/FV3FoeLs9a pic.twitter.com/k8xA3gCVAY

​"It is historical to be the first robot in the world to be recognized with citizenship." Please welcome the newest Saudi: Sophia. #FII2017 pic.twitter.com/bsv5LmKwlf

​​Interestingly enough, when Sophia was first presented by her developers last year, David Hanson, the designer, inquired if his creation wanted to destroy humans. Much to his dismay, Sophia replied positively "OK, I will destroy humans."  We have been warned!